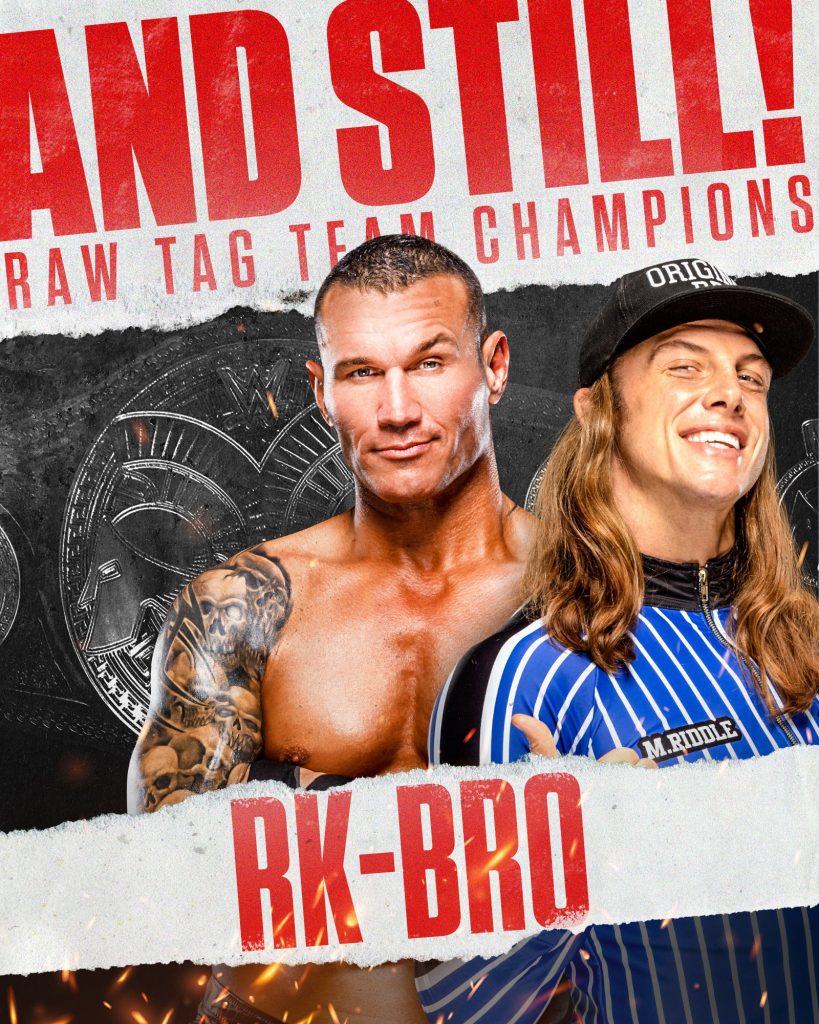 Last week’s episode of Raw showed itself to be yet another mild improvement, albeit again with more peaks and troughs. Some great in-ring action like AJ vs Riddle, but the show was still plagued by a great deal of mediocrity. However, tonight proves to be different. With three matches announced for the show that are in fact NOT rematches, could this be the turning point for Raw to improve on a regular basis going forward? Let’s find out!

GOOD: The show kicks off with the United States champion Damian Priest. Priest talks about how he became the US champion at Summerslam and says that he will show the title some integrity as opposed to how Bobby Lashley treats the WWE championship. Sheamus then comes out and says that he’s looking to take back his title. It appears that he’s going to accept the challenge, but is interrupted by Drew McIntyre. Drew says that the WWE universe deserves something new and challenges Priest for the title tonight, due to it being the only title he’s never won. Lashley and MVP then come out and say that Lashley has wanted to hold weekly open challenges, but he’s beaten the entire roster. MVP proposes that Lashley accepts the open challenge and becomes a double champion. RKBRO then come out and says that Lashley is selfish and greedy for wanting two titles. All of the men continue arguing until Adam Pearce and Sonya Deville come out to make a few matches for tonight. Tonight, Priest will defend the US title against both Sheamus AND McIntyre in a triple threat match and Lashley and MVP will take on RKBRO for the Raw tag team titles. Overall, this was a good segment but it went on for way too long. It’s getting repetitive seeing the same Raw segments where multiple people come out and argue until management comes out to make matches. However with that being said the matches made tonight are at least fresh and highly intriguing.

GOOD: Up next is Rhea Ripley vs Shayna Baszler. Rhea quickly gets on the mic before the match and announces that Nikki A.S.H. will be joining her to be in her corner. Nia also has a brief pre match promo saying that she and Shayna are going to destroy both Rhea and Nikki and that Nia is going to beat Charlotte later tonight. The match has a basic, but effective story of Shayna working over Rhea’s hand. The match is a pretty fun back and forth with Rhea playing the underdog for the duration. Nia lives up to her word and Samoan drops Nikki on the outside. However, Rhea is able to get a roll up on Shayna and win the match. Post match, Nia hits Rhea with the Samoan drop as well to complete her promise.

AVERAGE: The Viking Raiders have a backstage segment where they hype up their match later tonight, talking about how they’re going to once again unleash the raid on the tag team division. A short, decent video package reminding the WWE universe that the Viking Raiders still exist.

GOOD: Up next is The Viking Raiders vs Jinder Mahal and Veer. This match is honestly a pretty solid showcase for the Viking Raiders and a much better match than I expected. A fun back and forth between the two teams and the Raiders looked really good in this match. The Vikings hit the Viking Experience on Jinder to win the match.

Result: The Raiders win via pinfall after Ivar pinned Jinder

MUST WATCH: Up next is the triple threat match for the United States championship as Damian Priest defends against Drew McIntyre and Sheamus. This was a fantastic match. An amazing showcase for all three guys here and they gave this match a lot more time than I expected. Boy did it pay off. Priest also getting a clean win over Drew is huge for him. Post match, Drew shakes Priest’s hand in a show of respect.

AVERAGE: We have another Reginald segment where he’s walking through the park. He talks about how he was able to leave “the hood” and pursue his dreams and go to exotic places. He sees R Truth and Akira Tozawa disguised as a dog owner and his dog. They once again try to take down Reginald for the 24/7 title. Reggie, however, once again escapes. This was definitely one of the weaker 24/7 segments but still fine.

SATISFACTORY: Up next we have Doudrop vs Eva Marie. Before the match, Doudrop dismantles Eva and symbolically counts the pin. However, the referee says that Eva is unable to compete and calls the match off. This was….odd. I was a fan of Doudrop just destroying Eva. However, what stopped them from just ringing the bell and putting Doudrop over? This was an ok segment but it should’ve just been Doudrop wins and move on.

AVERAGE: Charlotte is interviewed backstage about her upcoming match with Nia Jax later tonight. She says that she’s not afraid of Nia.

AVERAGE: Up next is Karrion Kross vs Humberto Carrillo. This was an ok match, but it was rather odd that Humberto actually got a decent amount of offense in against Kross. I expected this to be a squash. However, this was still a perfectly fine match and another decent showcase for Kross.

AVERAGE: Nia Jax is also interviewed backstage and is asked if she can still “splat” Charlotte. Nia says that she’s not afraid of Charlotte either and is confident she’ll be able to destroy her. She finishes by saying she’s gonna take the queen’s symbolic crown and shove it up her ass.

AVERAGE: Up next is Charlotte Flair vs Nia Jax. This was a very physical match between these two. However, there were times where Nia was sloppy and a bit reckless. Plus the ending to this match became VERY real, the two actually started to shoot on each other. Nia winning clean was also very shocking but very interesting at the same time. I wonder if Nia gets Charlotte at Extreme Rules?

AVERAGE: John Morrison has a backstage segment where he talks about his acting coach. He says that he requested a match against Omos tonight to prove himself. Hi, hello what happened to the match with Miz? There’s no kayfabe explanation as to why the match is suddenly off. Oh well. Omos and Morrison should be an interesting match.

SATISFACTORY: Up next is Omos vs John Morrison. This match was honestly nothing special. There was one unfortunate botch where Omos missed a clothesline but other than that it was serviceable and short. A dominant performance for Morrison but oddly no mention of Miz.

GOOD: Immediately after we have AJ Styles vs Xavier Woods. This was a good back and forth match but oddly the crowd wasn’t that into it, surprisingly. Still a good enough match. AJ also won via submission which was a bit unexpected as well.

GREAT: Finally we have the main event of the evening as RKBRO defend the Raw tag team titles against Bobby Lashley and MVP. This was a really fun match to close the show. The crowd was really mild during the third hour, mainly due to the Nia Charlotte debacle. This match was the right thing to get them perked up again. Riddle eventually picks up the win after hitting the Broton on MVP to a great ovation. Post match Lashley beats down Riddle but eats an RKO from Orton to end the show.

Much like last week, this was a relatively enjoyable episode of Raw for the most part. Some really good in-ring action on this show like the main event tag match and a fantastic US title triple threat. However, a lot of the show was a bit mediocre in some areas. Matches like Omos and Morrison were underwhelming and the third hour was definitely hurt by an awkward Charlotte-Nia match.