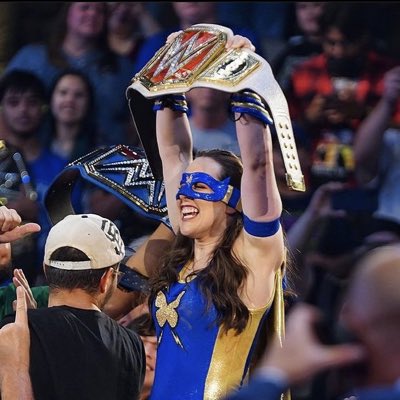 Last night WWE put on a fantastic show with Money in the Bank. Several amazing matches and the return of John Cena made last night’s show a must watch. With Cena set to show up tonight and several surprises on the road to Summerslam, how will Raw seek to continue WWE’s momentum with its first show back with fans in over a year? Let’s find out!

GREAT: The show opens with John Cena addressing the WWE universe. Cena talks about how he loves the electricity of the WWE universe and says that he missed this feeling after being away for so long. He talks about how he ruined the celebration of the Universal Champion Roman Reigns and addresses the questions people have. Cena officially challenges Roman for the championship at Summerslam and says it’s not for his 17th title reign or anything like that, but rather because Reigns is an asshole and needs to be humbled. He calls Roman overrated and he’s not as over as he thinks he is. He says that good people acknowledge themselves but great people get acknowledged back. Cena is then interrupted by Riddle and they continuously say “bro.” Overall this was a great opening segment. Cena is arguably one of the best promo guys ever and this was no exception. An impassioned promo about both the fans and why he needs to beat Roman was brilliant and the spot with Riddle was hilarious.

GOOD: Up next we have a six man tag team match as Riddle teams up with the Viking Raiders to take on John Morrison and the Raw Tag Team champions AJ Styles and Omos. A very fun back and forth between these guys. Riddle spraying Omos with the drip stick and blaming Miz was a pretty funny spot. This led to Omos turning on Morrison, which caused him to get hit with the Viking Experience. A fun opener to the show.

AVERAGE: Up next is Elias vs Jaxson Ryker in a Symphony of Destruction match. Elias does his usual shtick which was fun to see in front of a crowd again. Ryker interrupts and cuts an ok promo saying that after tonight, Elias won’t be able to do his shtick anymore and he’ll shut him up for good. Overall, this was a fun little street fight. Both men made good use of the weapons and the instruments. The crowd was also surprisingly into this match more than I thought, which got me into it a bit more. Ryker eventually wins after superplexing Elias to the outside through tables. A fun match but please let this be the end of the feud.

AVERAGE: Adam Pearce and Sonya Deville are talking with Mansoor as Mustafa Ali appears. Sonya reveals that Mansoor requested that he and Ali team up next week. Ali is not too pleased with this request, but reluctantly changes his mind after seeing that Mansoor finally understands his teachings. They walk off as the United States champion Sheamus appears. He’s angry that he has to face Humberto Carrillo again tonight after the shenanigans that transpired last week. However they make it clear that tonight is not for the title, but rather a chance for Humberto to earn another title shot. Sheamus begrudgingly agrees and leaves. Overall, a good enough segment that continued a really intriguing story with Mansoor and Ali and Sheamus has been consistently great as always.

AVERAGE: Up next is Charlotte Flair’s championship coronation. Charlotte talks about how it feels right for her to be champion and that while everyone has felt adversity over the last year, with adversity comes opportunity. After the crowd chants for Becky, she has a great line saying that while Becky is home breastfeeding, she’s been here dominating. Charlotte is then interrupted by BECK- no it’s Rhea Ripley. Rhea says that she wants a rematch for the title tonight but Charlotte says no. However, Pearce and Sonya come out and make the match official tonight anyways. So tonight is the rematch between Charlotte and Rhea for the title. The segment ends with Charlotte attacking Rhea and leaving. Overall, this was an alright segment. Rhea coming out was very underwhelming and deflated the crowd a bit, who were pretty hot up until Rhea came out, mainly due to expecting Becky instead. Rhea vs Charlotte again I guess is fine considering the fantastic match they had last night but hopefully this is the end of their feud but I doubt it heavily.

POOR: Up next is Natalya and Tamina vs Shayna Baszler and Nia Jax. A pretty whatever match considering the match was already in progress as they came back from commercial but nothing bad either. Post match Nia and Shayna argue, teasing a potential Shayna face turn, but instead Nia surprisingly turns on Reginald instead. Post match, the 24/7 champion Akira Tozawa is chased into the ring, leading to Reginald WINNING the 24/7 title. A whatever match, but the post match with Reginald winning the 24/7 title was ok and kinda funny.

AVERAGE: Up next is Sheamus vs Humberto Carrillo in a “championship contenders” match. I guess that’s what they’re calling every non title match involving a champion and a challenger now. This was a good match for the most part. A little slow at the start but picked up eventually to a decent pace. The finish was pretty good with Sheamus head butting Carrillo with the face mask and then hitting the Brogue kick for the win. A good ending to this lackluster feud. Now it’s time for Damian Priest to shine against the United States Champion.

SATISFACTORY: Up next is Bobby Lashley’s open challenge. Very surprised this isn’t closing the show, so I hope this means they really end the show with a bang. Lashley talks about how he demolished Kofi Kingston last night and MVP says that the crowd is lucky to be in Lashley’s presence. MVP makes fun of the Dallas Cowboys and talks about how Kofi has insulted Lashley over the past couple weeks by calling him soft. He finally admits Kofi was right and apologizes to Lashley. However, Kofi’s words lit a fire in Lashley and breathed new life into him. He finishes by saying whoever answers the open challenge he feels sorry for because they’re gonna get demolished. The challenge is accepted by a returning KEITH LEE!! WELCOME BACK KEITH LEE. The match itself, however, was alright but very underwhelming. Lee looked good, but not as good as he should’ve in my opinion. This should’ve been the big return for Keith Lee to remind people why he’s a star. This was unfortunately not that at all. Lashley eventually wins with the spear.

SATISFACTORY:Post match, to everyone’s eventual chagrin, Goldberg comes out and tells Lashley that he’s next. I’m very upset that Keith was just a pointless means to an end in the grand scheme of things. He just lost to Lashley and that was it. Immediately move onto Goldberg. The feud with Goldberg should be hopefully ok, but that remains to be seen.

SATISFACTORY: Jinder Mahal is in the ring recapping the feud with Drew McIntyre. He talks about how he destroyed Drew’s sword, but Drew destroyed his motorcycle. Jinder says that he can buy ten motorcycles, but takes greater pride in depriving Drew of a shot at the title by costing him Money in the Bank. Shanky begins to terribly sing Happy Birthday to Jinder until Drew comes in and obliterates Shanky with several chairs while Jinder and Veer stand and do nothing. This was a very mediocre segment until Drew came out. Shanky being murdered with the chair was an entertaining spot and saved the segment from being bad. I’m also happy they just had Drew go out there and kick ass rather than talk.

BAD: Up next is the debut of the NXT champion Karrion Kross as he takes on Jeff Hardy. The highlight of this match is absolutely Jeff living up to his promise and bringing back “No More Words.” The 8 year old inside of me was so ecstatic. However, I wasn’t prepared for what happened next. Kross LOST THIS MATCH. WHY?!? Granted, Jeff had his feet on the ropes and I’m sure it’s gonna lead to a potential feud between the two but this is NOT a good first impression for Kross at all. He came out to an ok entrance but had no Scarlett or any real sense that he was unique like he was in NXT. Post match, Kross cuts a quick promo saying that Jeff made a grave mistake. I really hope they find a good way to salvage Kross going forward because I am baffled that he lost this match.

BAD: Alexa Bliss has her playground segment with her special guest the return of….. Lily. Great. Alexa says that Lily is officially out of time out but then Eva Marie and Doudrop interrupt. Alexa pitched the idea that Eva put Doudrop in time out to let Eva do something on her own. Eva and Doudrop begin to leave until Eva has the most unconvincing trip I’ve ever seen to end the segment. This was definitely one of Eva’s weaker segments since being back and the return of Lily is just….why???

AVERAGE: Main event time as Charlotte Flair defends the Raw Women’s title against Rhea Ripley. This was honestly an alright match until the finish where Charlotte gets herself DQ’d by hitting Rhea with the belt. A decent match but nowhere near as good as last night’s performance.

BAD: Post match the two brawl with Rhea emerging victorious. And then, as if Raw couldn’t get any more mental, Nikki A.S.H. cashes in Money in the Bank and WINS THE TITLE!!!  What the HELL is going ON?!? Now. I love Nikki Cross. I’ve been a fan of her for years and I am BEYOND happy that she’s finally the women’s champion. But this was not the right time or the right gimmick for her to win it with. This came completely out of left field with no logical reasoning for her to be champion yet. Where does Becky factor into this, if it all? Does Nikki hold the belt until Summerslam? If not, then her winning the belt and having a short reign is just another means to an end rather than an attempt to build someone up and make them good. I’m really hoping that WWE has an actual plan for Nikki as champion, but I’m not gonna hold out hope.

Man. I really don’t know what to say here. The John Cena segment was great. There was some decent in-ring action like the six man tag and the symphony match was fun for the most part. And then suddenly Raw decided it wanted to take a complete nosedive. Keith Lee and Karrion Kross showing up were fun surprises, but Lee losing after a decent but underwhelming performance and Kross losing his first match PERIOD were baffling booking decisions. Nikki also winning the women’s title was completely out of left field and random as hell. It’s ridiculous that this show peaked in the first 20 minutes. WWE I am SO disappointed in you.