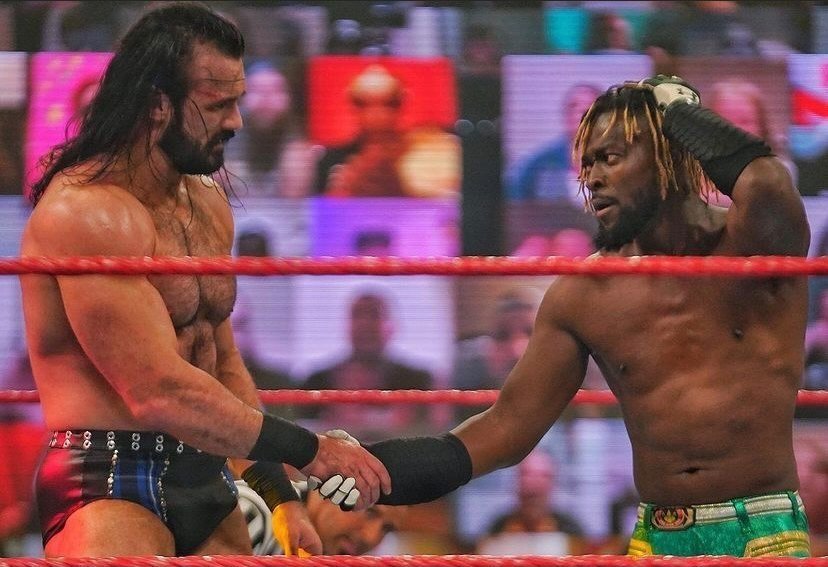 With Last week being another average episode of Monday Night Raw they look to get out of the rut of averageness. Having a tag team title match and the fate of the WWE Championship title match at Hell in a Cell this could be a must see episode

AVERAGE: Monday Night Raw started off with the return of Miz and Miz TV. Miz talked about his match at Wrestlemania Backlash and in that match he got his first injury in his career. John Morrison had all these things to stop other monster attacks. Charlotte Flair came out Charlotte comments on John Morrison’s “necklace”. Charlotte said that she’s gonna turn her fairytale dream to a nightmare when she sends Rhea to hell. Rhea Ripley comes out and her and charlotte gets into each other’s face. John Morrison asked what is Rhea Ripley’s favorite garlic bread recipe to check if she’s not a vampire. Rhea said that was the most idiotic thing she’s heard. She said that she’s no vampire but she is a nightmare and at Hell in a cell she will still be the RAWs Women’s champion. Charlotte then makes a joke about how she couldn’t even beat Nikki Cross. Nikki Cross then comes out and says she should get a title match after Hell in a Cell. Rhea said that if there was 4 minutes she would have won but she earned her respect. Nikki said that she should get the next shot again but then Charlotte said that she couldn’t last a minute with her. Nikki Cross slaps Charlotte to end the segment.

GOOD: Riddle and Damian Priest are backstage and they’re talking about how WWE is going on the road. Riddle asked Priest if he could teach him some spanish. Priest said sure and they’re going over some things Riddle asks and the last thing he asked is “hey randy” but he didn’t know where orton was behind him. Orton said that he saw what happened last week with the whole stealing his finish thing. He asked Riddle to be out there so he can teach him a few things.

GOOD SQUASH: Mace and T-Bar defeated Lucha House Party in a match that made T-Bar and Mace look really dominate

POOR: Mandy and Dana defeated Lana and Naomi in a below than average match.

AVERAGE: Alexa Bliss and Lily were up next and they were with Reginald. Bliss asks Reggie about his win over Shayna Baszler earlier in the night. Reggie said that besides his leg he feels great but Alexa interrupts him and says that lily has a question. Lily asked how was his time in the circus. Shayna Baszler comes in and takes out reggie. Shayna said that he’ll meet her next week and she calls Lily a “stupid doll”

Another average week of RAW. The main event was amazing but everything else was just okay at best. Do yourself a favor and watch this main event. The MVP of this show is definitely Drew Mcintyre and Kofi Kingston.