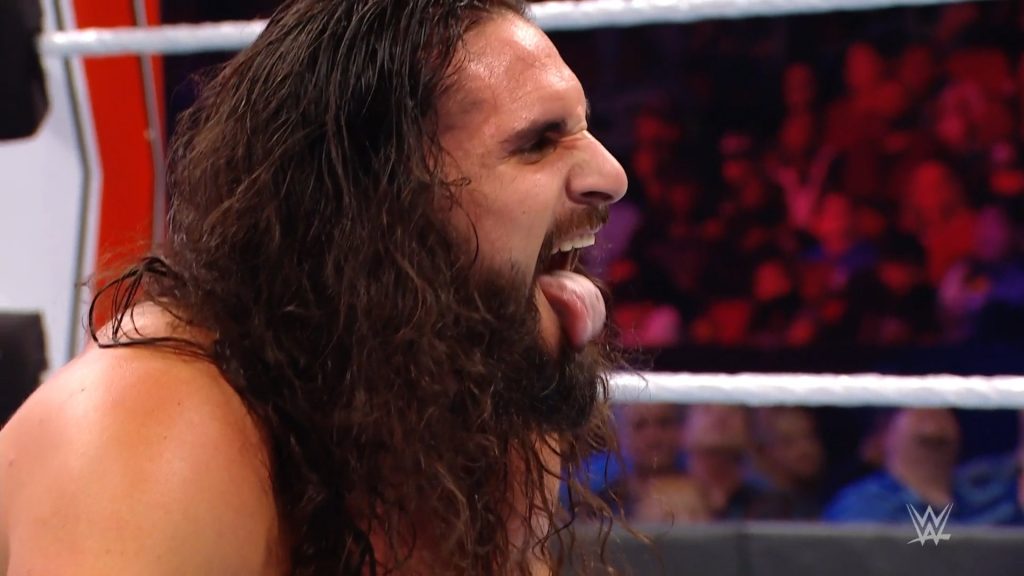 Last week’s episode of Raw proved to be highly enjoyable. A lot of good matches took place like Damian Priest vs T-Bar and Kevin Owens vs Big E. The feud between Seth Rollins and Big e is starting to heat up as well. With the announcement of the members of the five on five tag team matches for Survivor Series, how will that shake up Raw? Let’s find out!

GOOD: The show kicks off with Big E and Kevin Owens backstage. Owens talks about his mission to correct all of the wrongs of his past and continues apologizing for last week. However, Big E is having none of it.

GOOD: Seth Rollins is in the ring and proclaims himself the leader of Team Raw at Survivor Series. He goes on to discuss what happened last week with Kevin Owens and slanders his character. He insinuates that KO is a snake and knew what he did last week. Seth goes on to list all of the people that KO has ever turned on and says he can’t be trusted. Owens eventually comes out and chases off Seth.

GOOD: RKBRO are backstage and Randy chastises Riddle for coming to the aid of the Street Profits. Orton says he doesn’t care about the Street Profits, who are standing right behind them and hear everything. Dissension has been created for the forthcoming match.

GREAT: Up next is an eight man tag team match as RKBRO teams up with the Street Profits to take on AJ Styles, Omos, Robert Roode and Dolph Ziggler. This was a really fun match to open the show. Everyone looked good in this match and the crowd was really into it. Omos dominates everyone in the match, with Riddle going against Randy’s wishes and tries attacking Omos. Omos slams Riddle for his troubles. Omos then goes to tag in AJ, but Dolph tags himself in instead. This creates dissension within the heel team, but Dolph simply pins Riddle for the win. Post match, Randy RKO’s Dolph. This was really fun.

GOOD: Rey and Dominik Mysterio are backstage when they’re interrupted by Kevin Owens. KO asks Rey if he believes him about last week’s actions being a misunderstanding and that he’s a good man. Rey, however, doesn’t necessarily answer the question and goes out to the ring to meet with Adam Pearce. I’m liking this story with KO so far.

GOOD: The Mysterios are in the ring with Adam Pearce, who goes over the history of Survivor Series and puts over team Raw. However, he says that he thinks he made a mistake by putting Dominik on the team. He says that Dominik can stay on team Raw… if he can defeat Bobby Lashley. If Lashley wins, he gets his spot.

AVERAGE: Up next is Bobby Lashley vs Dominik Mysterio where the winner gets to be on Team Raw. Bobby comes out with MVP which is fun yo see. Lashley pretty much dominates most of this match with the occasional spurt of offense from Dom. Lashley weirdly has the match won with the Hurt Lock but opts to let him out of it to inflict more punishment. Lashley attacks Rey on the outside and dishes more punishment to Dominik, locking in the Hurt lock for a second time and picking up the win. Bobby Lashley has become the final member of team Raw.

AVERAGE: Alpha Academy is backstage when they’re interrupted by Seth Rollins. Rollins asks them their feelings about the Kevin Owens situation, to which they say that Owens is being disingenuous.

GOOD: Up next is Big E vs Chad Gable. This was a damn good match. Gable looked excellent against the WWE champion. However, for all of his offense, he still falls victim to the Big Ending. Post match, he and Otis have a staredown. Please book this match.

AVERAGE: Kevin Owens is talking to somebody off camera about his actions last week. The person is revealed to be R-Truth who incoherently rambles on until KO just leaves.

GOOD: The Raw women’s roster is gathered backstage as Adam Pearce and Sonya Deville talk about Survivor Series and the upcoming fatal five way match. The women who were not included in the match like Doudrop, Dana Brooke and Nikki A.S.H. talk about why they weren’t included and all of the women begin to argue. This was a fun little segment and it created some decent tension between everyone. However, not a good look to have the team members bicker before the PPV.

AVERAGE: The Mysterios are backstage in the trainer’s room as Dominik is tending to his injuries with an ice pack. Rey says that Dominik seems to be having neck issues and is being looked at. Austin Theory hilariously comes in and takes a selfie with them.

AVERAGE: Up next we have a 24/7 championship match as Reggie defends against Drake Maverick. This was a decent little match. The finish sees Drake win the title after The Hurt Business attack R- Truth and distract Reggie.

GOOD: Post match, Akira Tozawa pins Drake and wins the 24/7 title. Akira is then pinned by Corey Graves, who is subsequently pinned by Byron Saxton. However, Drake pins Byron to win the title back. Reggie then pins Byron to win it again and end these shenanigans. I genuinely enjoyed this segment.

GOOD: Bianca Belair is backstage when she’s interrupted by Doudrop. Doudrop asks how Bianca keeps getting opportunities when she keeps losing. I like this new side to Doudrop. Hopefully this means a heel turn is coming.

GREAT: Up next is a fatal five way number one contenders match as Liv Morgan takes on Rhea Ripley, Bianca Belair, Carmella and Queen Zelina. This was a fun match. Bianca looked amazing as always in this match, showing off unbelievable feats of strength. The finish sees Bianca hit the KOD on Rhea, but Doudrop pulls her out of the ring and beats her down. Carmella goes to pin Zelina, but Liv breaks it up and rolls up Carmella for the win. Post match, her and Becky have a tense staredown. This should be good.

AVERAGE: Big E is backstage when he’s interrupted by Seth Rollins. He continues stirring the pot with the whole Kevin Owens situation and asks E to pay attention to his match with KO tonight. Big E says that he’ll be at ringside for the match.

GOOD: Up next Big E goes out to ringside for the upcoming match. However, beforehand Austin Theory tried taking a selfie with him, but Big E smacks the phone away and Austin leaves in disgust. Seth Rollins then comes out and says that he hasn’t been entirely truthful with Big E. He “comes clean” and says that what transpired last week was actually a plan laid out by him and Owens. Owens comes out and attacks Seth, chasing him into the crowd.

GREAT: Finally we have Seth Rollins vs Kevin Owens. This was just about as great as you would expect from these two men. The finish sees the two fight on the outside when Seth races back into the ring. KO tries rushing past Big E who’s in his way, but KO can’t beat the count. Ordinarily I wouldn’t have been a fan of this finish, but what comes next makes it all worth it.

MUST WATCH: Post match, an irate Kevin Owens ATTACKS Big E! He beats down the WWE champion, including the dreaded apron bomb. This was a great way to end the show. Heel KO was long overdue and a heated feud with him and Big E is gonna be great.

Overall, a fun episode of Monday Night Raw for the most part. A lot of great in-ring action like the fatal five way match and the main event, some interesting storyline progression and a much needed Kevin Owens heel turn. Good stuff tonight.