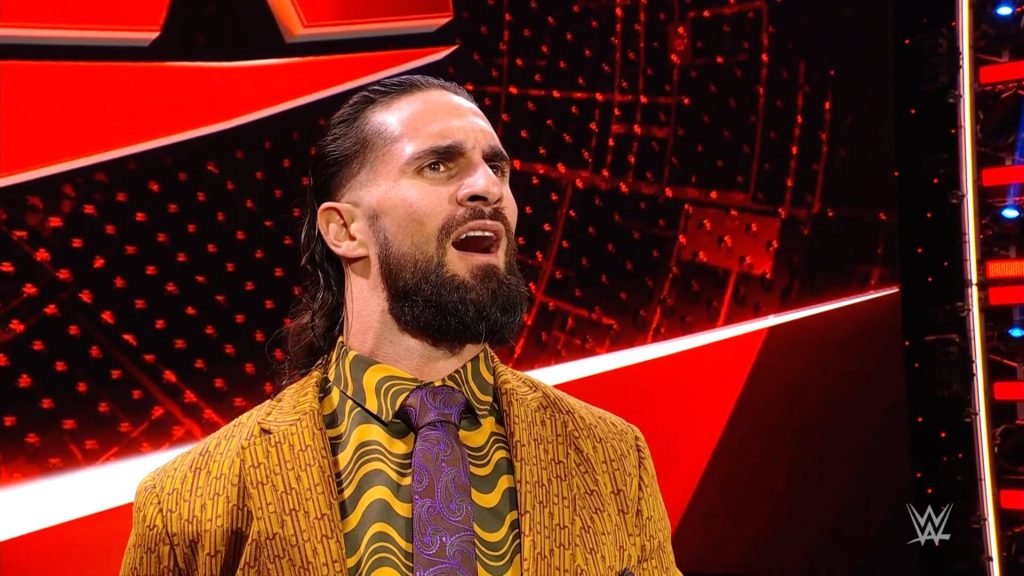 Last week’s episode of Raw proved to be a promising start for the new era. Fresh matchups like Priest vs T-Bar and RKBRO vs The Dirty Dawgs are definitely steps in the right direction. However, the show still has a ways to go. Can Raw find their footing tonight? Let’s find out!

GOOD: The show kicks off with the combatants for the Raw Women’s championship match being interviewed. Bianca Belair is up first and is asked if the feud with Becky ends tonight, to which Belair recalls the events that have transpired since Summerslam. She talks about her rise to the championship and says that tonight is her opportunity to get the title back. Becky Lynch is up next and talks about the road she had to get back into wrestling after becoming a mother. She finishes by saying that no one is able to understand what she’s going through and that tonight she’s going to show why she is Big Time Becks.

MUST WATCH: Up next we have the Raw Women’s championship match as Becky Lynch defends against Bianca Belair. This was an excellent match to start off the show with. Bianca looked like an absolute star here and Becky cheating to win was a good finish to protect Bianca. It created an added sense of desperation from the champ. Also, this match ending with an actual finish was a very nice change of pace. A solid start to the show.

GOOD: Kevin Patrick is backstage with the Mysterios. Rey talks about his upcoming match with Austin Theory, but is quickly interrupted by Theory. Austin talks about how Rey is a hero to him, but he’ll beat him all the same. Mysterio finishes by saying that many names have come along to challenge the Mysterio name, but the Mysterios stand the rest of time.

GOOD: Up next is Rey Mysterio vs Austin Theory. I’m really digging the booking of Austin Theory so far on Raw. He’s been presented as a clear centerpiece for the future of the brand. The finish sees Theory get a cheap shot in on Dominik. This infuriates Dominik, who hits Austin and then gets hit with the 619 from Rey. However, the referee sees Dominik hit Theory and, instead of counting Rey’s pin, DQ’s him.

GREAT: Up next we have Seth Rollins addressing his win in the ladder match last week. Rollins talks about how he was drafted to Raw to once again become the face of Monday nights and that his championship contract guarantees that he’ll become WWE champion. Speaking of, Big E interrupts and says that Seth disrespected him last week. Seth however, remembers it differently and feels E disrespected him by telling him to earn a shot at the title. Seth puts over Big E saying he’s been a good champion so far, but he’s not on Rollins’ level. He disparages Big E by saying that after he loses the title he’ll go back to being a loser with Woods and Kofi, which irates him. Big E challenges Seth to a title match tonight, to which Seth says not tonight. Kevin Owens interrupts and talks about how he was also the face of Raw at one time and challenges Big E to a match tonight, to which Big E accepts.

AVERAGE: Up next is Nikki A.S.H. and Rhea Ripley vs Queen Zelina and Carmella. This was a decent match but probably the weakest match on the show so far.

GOOD: Big E is backstage when he’s interrupted by Alpha Academy. Chad Gable puts himself over for recently graduating with a Masters Degree and as Valedictorian. He offers his services to Big E, who declines. I’d love to see Big E vs Otis for the title down the road.

GREAT: Up next is Finn Balor vs Chad Gable. This was a very fun match between two excellent wrestlers. It’s refreshing to see Chad Gable get to showcase his skills against someone like Balor. The finish sees Finn go for the Coup De Grace, but Gable counters with a beautiful superplex. However, Finn is able to stack up Gable immediately after to pick up the win.

AVERAGE: Riddle is backstage when he’s interrupted by the Dirty Dawgs. Riddle starts talking about dogs until Dolph cuts him and says that since RKBRO are on commentary for their upcoming match, they should take note of what a real tag team looks like.

GOOD: Up next is The Street Profits taking on the Dirty Dawgs. This was another very fun match, but the finish did hamper it a bit. The finish sees Montez be on a massive roll until Omos comes out to distract him. This allows Dolph to hit a superkick on Ford to pick up the win.

AVERAGE: Post match Omos cleans house until Riddle leaves the commentary booth to try and take him down, but to no avail. Omos challenges Randy Orton to face him and Orton goes to answer him, but the feed quickly plays a promo package for the next match. Not a good look WWE.

AVERAGE: Damian Priest is backstage and is asked about his actions last week against T-Bar. He says that he remains calm and collected, unless provoked. T-Bar throwing that chair provoked him and unleashed a wild side to him.

GREAT: Up next we have a no DQ match as Damian Priest takes on T-Bar. This was another really fun match. The spot with T-Bar unleashing the Kendo stick on a prone Priest only for him to become enraged and unleash on him was fantastic. I like the new edge to Priest’s character.

GOOD: Post match, Apollo Crews comes out and makes his name known on Raw. He challenges Priest for the United States championship.

AVERAGE: John Morrison is backstage with Reggie and they talk about chi. Truth and Tozawa once again try to catch Reggie but are unsuccessful. They argue until Morrison tells them they need to relax and find their chi.

GOOD: Becky Lynch is interviewed backstage about her win earlier tonight. She says she’s ready to look past Bianca. Right on cue, Becky gets a new challenger in Liv Morgan. This should be very interesting.

GOOD: Backstage, Seth Rollins is with Kevin Owens and says that if he takes out Big E before Seth gets his match, he’ll grant Owens the first title shot. Owens, however, declines the offer and says that if Seth tries ruining his match tonight, it won’t end well.

GREAT: Finally we have the main event as Big E takes on Kevin Owens. This was a very solid main event match between these two. The finish sees Big E and Owens collide heads, which obstructs both of their visions. E gets hit by Seth, who’s at ringside and Owens reluctantly capitalizes by going for the pin. E, however, rolls up Kevin and wins.

GOOD: To end the show, Big E and Kevin Owens start arguing about what just transpired. E says that Owens knew what he was doing when he went for that cover, but Owens claims he had no idea what Seth did. KO blames Seth for this dissension and challenges him to a match next week. The show ends with Kevin trying to apologize to Big E, but he eats a Big Ending for his troubles.

Overall, this was a solid episode of Raw tonight. A lot of good in ring action mixed with some fresh storylines brewing like Becky vs Liv and Priest vs Apollo. Some of the matches ended in rather controversial ways, but the way they were done were better than recent weeks because they at least furthered stories. A really good showing for Raw tonight.