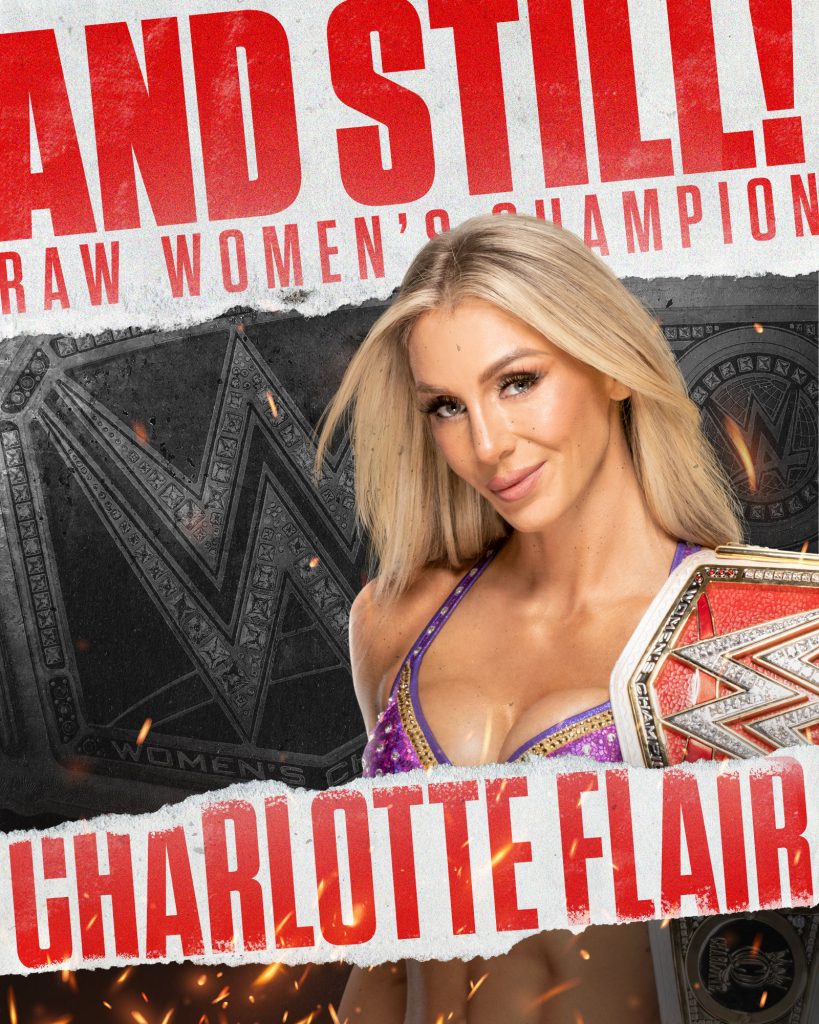 Last week’s episode of Raw turned out to be the worst episode in several weeks. After a string of very good episodes, it appeared that Raw was having a turn around in quality. However, a string of questionable booking and mediocre matches brought last week’s show back to the status quo. With tonight’s show being the go home to Crown Jewel, as well as the last show before the big roster shakeup, can Raw bounce back ahead of a new era? Let’s find out!

GOOD: The show kicks off with the Raw Women’s champion Charlotte Flair. Charlotte demands adulation for everything she’s done on Raw and hates the fact that she has to defend the title tonight against Bianca Belair. She brings up the valid point that Bianca is technically not on Raw yet and doesn’t deserve a shot at the title. Bianca eventually interrupts her and says that she deserves the title shot and puts herself over as the EST. She finishes by saying she’s going to win the title tonight, but Charlotte attacks. Bianca goes for the KOD, but Charlotte escapes. A good enough segment to start the show.

GOOD: Xavier Woods is interviewed before his KOTR match with Jinder Mahal. He talks about how important becoming the king is to him and says it’s his dream to follow in the footsteps of other great kings like Mabel. This was a fun backstage segment.

GOOD: Up next is a KOTR semi finals as Xavier Woods takes on Jinder Mahal. This was a decently good match. Xavier wins with the springboard elbow drop to advance to the finals.

AVERAGE: Austin Theory is backstage and is interviewed about his match with Jeff Hardy last week. However, he’s interrupted by Reggie and the people in the 24/7 division.  R-Truth eventually catches Reggie, but Theory is pissed and confronts Truth, allowing Reggie to get away. Truth and Theory have a back-and-forth which results in Truth challenging to a match tonight.

GOOD: Up next is R-Truth vs Austin Theory. However, Truth cuts a promo saying Theory isn’t facing him, but rather his friend, Jeff Hardy. This was another decently good match. Theory wins with a modified TKO into his knee for another win over Jeff. Solid booking for Theory so far on Raw. Post match, Jeff hits Theory with a twist of fate and takes a selfie with Austin’s downed body as revenge for last week.

AVERAGE: Adam Pearce and Sonya Deville are backstage when they’re interrupted by Charlotte. She keeps talking about the “conspiracy theory” against her in favor of Bianca Belair. She keeps complaining about having to defend her title and says that she’s going to be replaced.

GREAT: Up next is Big E and Drew McIntyre vs the Dirty Dawgs. This was a really fun back and forth match. I liked the little story of Big E and Drew reluctantly coexisting, but ultimately coming together to get the win. The finish sees Big E hit Roode with the Big Ending for the win.

GOOD: Post match, Big E and Drew McIntyre have a tense stare down ahead of their match at Crown Jewel.

GOOD: The street profits have a backstage promo, talking about wanting to put the entire tag division on notice. They put over the Crown Jewel PPV, until they’re interrupted by AJ Styles and Omos. Omos has a very subtle disagreement with AJ when talking about who runs raw, with Omos saying it’s HIS house instead of their house. AJ tries making a deal with the profits saying that if they hurt RKBRO enough, then they’ll get an immediate tag team title shot once they win at crown jewel. The profits, however, declined the offer.

AVERAGE: Up next is Mansoor vs Cedric Alexander. This was a short but relatively decent match. Mansoor eventually wins with an interesting looking springboard neckbreaker.

GOOD: Post match, Mustafa Ali comes out to address Mansoor, questioning why he’s still smiling after what he did to him last week. However, Mansoor shows a serious side, berating Ali as a pathetic excuse of a man. I really like this segment.

AVERAGE: RKBRO are backstage. Riddle talks about Randy not coming to his aid last week, but says that it was probably a part of his plan. Randy, however, continues to reinforce that there is in fact no plan. He finishes by saying that they will simply go into crown jewel and win. As for tonight, he asks if Riddle wants the smoke, which was funny.

GOOD: Up next is RKBRO vs The Street Profits. This was a very fun back and forth match until the finish. Orton goes to put away Montez with the RKO, but AJ’s music hits. He turns around and gets hit by the phenomenal forearm to cause the DQ.

GOOD: post match, AJ and Omos beat down the four competitors. Omos delivers a vicious looking slam to Montez that looked great. A solid enough beat down to lead into Crown Jewel.

SATISFACTORY: Up next is Shayna Baszler vs Doudrop in a Queen’s crown semi final match. Zelina Vega comes out as well to observe who her opponent could be. This was standard but Doudrop winning was absolutely the wrong call here in my opinion. The finish sees Shayna lock in the Kirafuda clutch for an eternity until Doudrop reverses it into a pin for the upset win. Post match, she has a brief face off with Zelina.

AVERAGE: Up next is Finn Balor vs Mace. Mace had a lot more offense in that match. However, Finn ultimately does pick up the win after hitting the Coupe de Grace.

GOOD: post match, Finn and Xavier have a fun little stare down with Xavier being really happy to face Finn. However, Finn is in full serious mode and rips the scepter out of Woods’ hand. The two start arguing until Kofi comes out to break them up.

AVERAGE: John Morrison is backstage with the Viking Raiders. The Raiders interrupt Morrison during his meditation and ask him about Chi. They have a drawn out conversation about chi and raiding and that’s about it.

MUST WATCH: Finally, we have the main event as Charlotte Flair defends the Raw Women’s title against Bianca Belair. This was a fantastic match between two incredible in ring talents. This was going SO well but they just had to end it with a messy finish. Charlotte hits Bianca with a chair to cause the DQ. Post match, Bianca attacks Charlotte with the chair to end the show.

Overall, tonight‘s episode of Raw was a mixed bag. There were some good moments like Drew and Big E vs The Dirty Dawgs and the main event, but other parts of the show were very mediocre. A lot of the backstage segments didn’t really go anywhere and most of the matches, while having clean finishes, didn’t really amount to much. Plus the fantastic main event being hampered by a DQ finish left a sour taste in my mouth. Not as bad as last week, but not too much better.