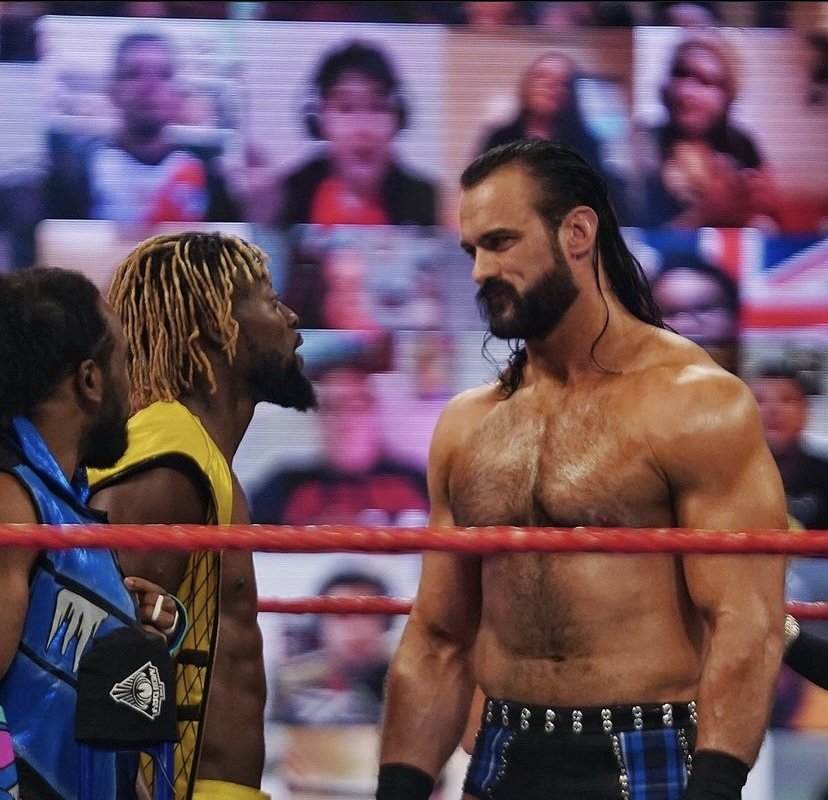 Coming off a pretty normal Raw last week, we go into today to see the fall out from Kofi Kingston getting two major wins last week, one of which was over the WWE Champion.

AVERAGE: Raw starts with a promo by MVP & he talks about how dominant Bobby Lashley is & how they are leaving the thunder dome soon. He said that Lashley has had a dark cloud named Drew McIntyre. Lashley said he’s already beaten McIntyre twice. MVP said that Kingston only won last week because of McIntyre. McIntyre’s music then hit. McIntyre said every time he’s faced Lashley he has lost because of someone else’s involvement. He then told Lashley he doesn’t think Lashley can beat him clean. Kofi Kingston’s music then hit & he said that he pinned the WWE Champion last week. MVP asked Kingston if he thanked McIntyre for helping him win last week & McIntyre quickly shot a you’re welcome to Kingston. Kingston said he would have won either way. Kingston said he has done what McIntyre hasn’t done in months, pin Lashley. Adam Pearce then comes out & makes the match of Kofi Kingston v Drew McIntyre & the winner of that faces Lashley for the WWE Title.

GREAT: Kofi Kingston v Drew Mcintyre ended in a draw when MVP and Lashley attacked both men. Up to this point, the match had been extremely entertaining.

POOR: Nikki cross defeated Rhea Ripley by lasting 2 minutes in a beat the clock challenge. This was pointless and Ripley looked dumb when the ref told her the two minutes was over and she looked shocked as if the clock wasn’t up the whole time. This was more of a segment than a match.

GOOD: Cedric Alexander cut a promo before his match with Shelton Benjamin saying that he is washed up and he’s the reason why they got kicked out of the Hurt Business. Alexander said that Benjamin doesn’t have many years left & that he doesn’t have anything to show for all his work. Alexander said he is an evolving athlete. Alexander kept telling Benjamin to look at him & said this is the last time that Benjamin will be seen. This was a great promo before the match. This was great, however Corey Graves buried Alexander right after when he said that Alexander had the charisma of a cinder block.

GREAT: Riddle defeated Xavier Woods with an RKO out of nowhere. This match was awesome.

AVERAGE: Sheamus defeated Humberto Carillo in an alright match by holding the tights.

AVERAGE: After the match, Sheamus attempted to beat up Carillo, but Ricochet stepped in to save the day.

Up until the AJ Styles v Jaxson Ryker match, Raw had been better than it was in previous weeks. However, that match and the two that followed it were extremely underwhelming and did not deserve to be in the third hour of Raw. Xavier Woods put on possibly the best singles match of his career in WWE & Asuka & Charlotte had another solid match. Hopefully the Cedric Alexander push actually goes somewhere.