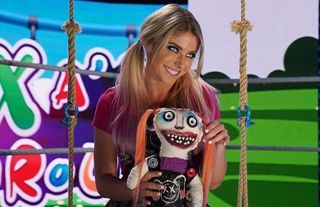 GOOD: Monday Night Raw started off with The Almighty WWE champion Bobby Lashley and MVP. MVP started talking about how dominant Lashley looked. MVP said that he got put through an LED screen and still won. MVP then said that he was even hurt. MVP said his knuckles were broken because how bad he beat both of them. MVP then said that Lashley is doing an open challenge tonight and before MVP could finish Drew Mcintyre came out. Drew Mcintyre accepts the challenge but MVP says that Braun Strowman and Drew Mcintyre can’t answer it. Lashley then tried to punch Mcintyre but Mcintyre ducked it and punched him. Lashley roller out of the ring ending the segment.

GOOD: RKBRO and The New Day were backstage but Riddle had to lie to get them together. Riddle told the New day that there was a two headed snake backstage and He told Randy Orton that Adam Pearce needed to speak with him. Riddle was trying to get The New Day onto there side. Riddle tried to get Orton to apologize but that made things worse and the match was set for later in the night between Randy Orton and Kofi Kingston.

BAD: It was Alexa’s Playground next and She had guests and that was the new women’s tag team champions Tamina and Natalya. Natalya and Tamina looked extremely uncomfortable while Bliss was asking questions. Bliss asked them what there favorite colors. Natalya said pink and Tamina said black and blue. Alexa then said that lily likes Tamina. Alexa started to ramble and Natalya and Tamina left.

BAD: After the match Angel Garza grabs the rose and he did what he said he was gonna do. Garza shoved the rose down his throat.

GREAT: Sheamus beats Ricochet in a really good match that brought out the best in both of them

This was another average with a good main event. It wasn’t as bad as most weeks but that definitely isn’t saying much but RAW seems like it’s getting a little bit better as time goes on. Kofi Kingston would be the MVP of this week.