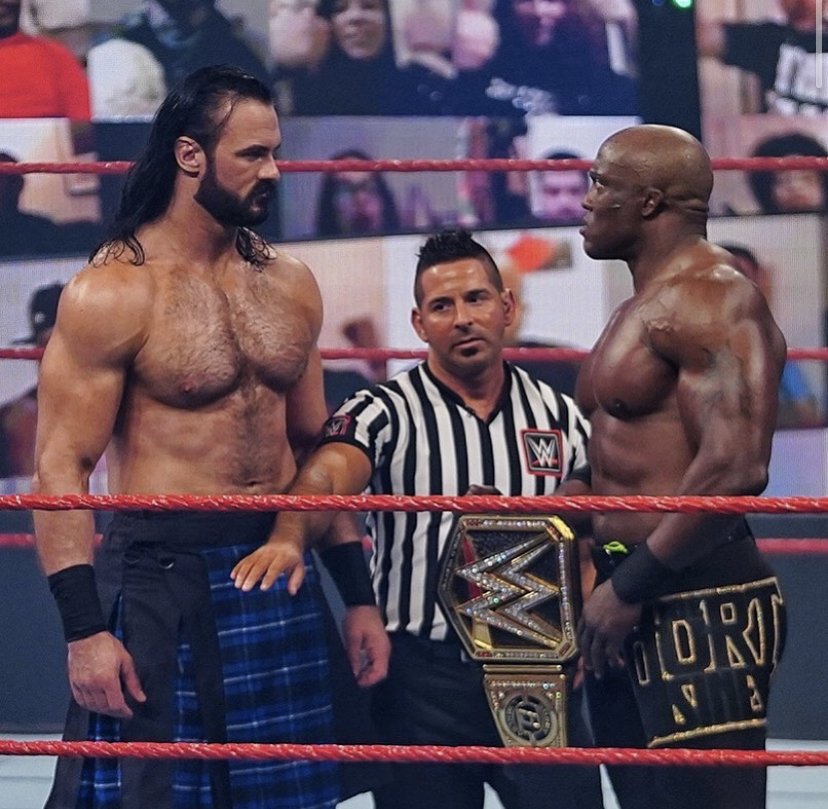 It’s the go home show for Wrestlemania Backlash. Last week wasn’t good but was the best show since mania and this show looks to top that.

POOR: Raw started off with a 6 women tag match between Asuka, Mandy and Dana vs Charlotte Flair, Shayna Baszler and Nia Jax. The match was going okay but then Alexa Bliss’s playground interrupts and she says that she’s targeting “someone”. Team face wins after I think Alexa Bliss used superpowers?

GOOD: Riddle showed up backstage and he was talking to The New Day. He was talking about how they’re getting there Tag Team license but then, last week and what happened between Jaxson Ryker, Elias and Randy Orton. He said that he found Orton’s reaction hilarious. It turned out that Randy was right behind him and He said what he finds funny. He said that ending careers, hurting people and setting people on fire is what he finds funny. New Day looked horrified but Riddle looked oblivious to what he said. Randy and Riddle walks away.

AVERAGE: It was a 4 on 4 next between The New Day and RKBro vs AJ Styles, Omos, Elias and Jaxson Ryker. RKBro and New Day wins after another average match

AVERAGE: After the match ended they were all celebrating (besides Randy) but then Randy Orton hits the RKO on the New Day while Riddle looks shocked

AVERAGE: Sonya Deville was backstage with Rhea Ripley and Asuka. She said that there was an anonymous person who told her an idea she liked. She says that Rhea will face Asuka later in the night. Rhea already knows it was Charlotte who gave her the idea but Asuka doesn’t care.

GOOD: Sheamus was cutting a promo and he was talking about how Adam Pearce told him how he should follow in the footsteps of other US champions and give a title shot for anyone who wants it but when he wanted a title shot he had to “earn” it. He said anyone can get a shot at his title even virk can face for the title. He then talked about Humberto Carrillo and Mansoor mentioning how they’re great talents but they aren’t on his level. Humberto Carrillo made his entrance after he said that.

POOR: Sheamus faced Humberto Carrillo and won after Humberto looked like he couldn’t finish the match.

GOOD: Damian Priest faced John Morrison and whoever won got to pick stipulation for Miz vs Priest at Wrestlemania Backlash. Priest picked up the win in the first above average match in this whole show

GOOD: The Main Event was next when Bobby Lashley faced off with Drew Mcintyre. The match was going really good until a DQ finish.

AVERAGE: After the match Braun Strowman took out Drew Mcintyre but when Bobby Lashley thought Braun was on his side he picked him up and hit him with a running powerslam. Lashley rolls out the ring and while MVP is pleading with him not to powerslam him through the announce table Braun puts him through the barricade. Braun Strowman rolls in and Powerslams Drew again as Braun stands tall.

This was the most average RAW of the year. It wasn’t horrible but it was just boring. More than 50% of the matches were just average. The MVPs of this show would be Drew Mcintyre and Bobby Lashley.