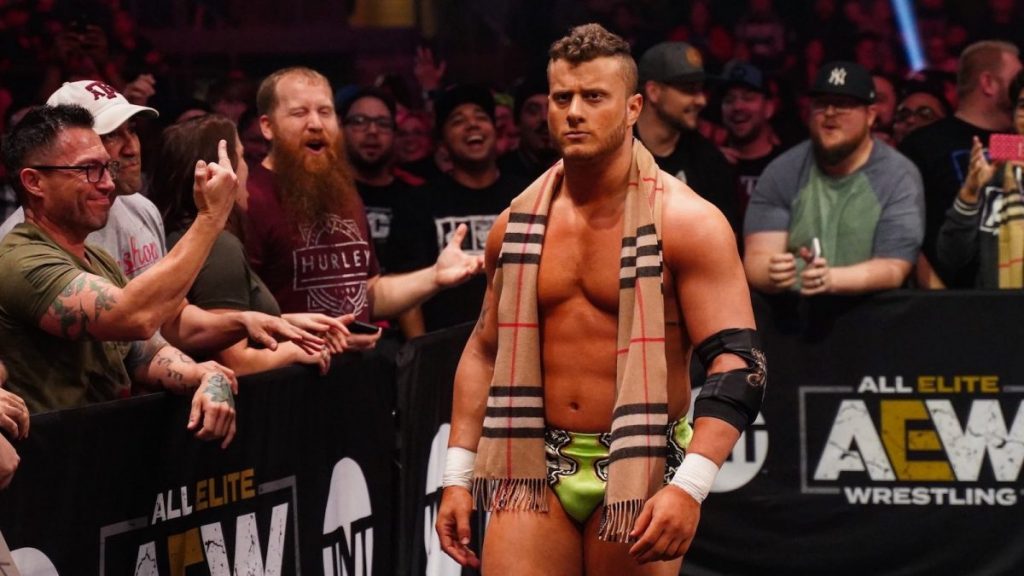 MJF is arguably the best heel in the wrestling business today. He is so committed to his character that he is always on. He can be seen in character in just about all of his appearances outside of AEW programming, whether it be interviews, appearances, you name it. He has also been known to push any and every button when it comes to getting heat, for better or worse. He’s insulted the late Brian Pillman, referenced lex Lugers being wheelchair-bound, and even went after Darby Allin’s deceased uncle. MJF does whatever he needs to do to get heat.

Recently on Twitter, MJF seemed to make a rare break of character when he responded to a fan who accused him of only being successful for being a white man. MJF, who is Jewish, did not take too kindly to the fan’s tweet. Said fan quickly deleted his initial message following the star’s response.

MJF retorted, “You think antisemites and klansman who attack Jews and vandalize our places of worship daily consider me to be a normal guy? You think 6 million+ of my people who were viciously murdered were considered privileged? Sorry, it’s not cool to talk about me being a minority.”

MJF followed his response in the comment section, adding, “Sorry I don’t fit your category of making my company diverse.”

Fans applauded the AEW star on Twitter for standing up to the offensive comments, but in true MJF fashion, he quickly turned on them as well, proclaiming, “I don’t need your likes, you f@#$ing marks.”

You can see the initial response from MJF below:

MJF is currently embroiled in a feud with CM Punk. The two have been trading insults for weeks, but a match is yet to be set. MJF also has his sights on “Hangman” Adam Page’s AEW World Championship, but so does Punk. We wait to see how this part of the angle develops.