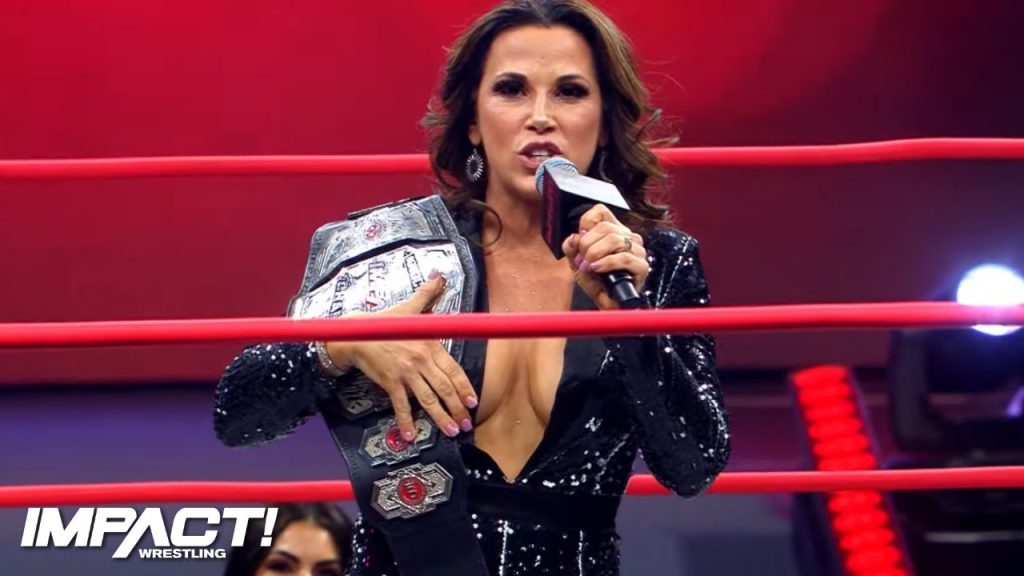 Mickie James opens about the importance of females behind the ring.

As a guest on the “Battleground Podcast” this week, Mickie talks about agents behind the matches.

In comparing females and males as agents, Mickie said.

“My trainers were always men because there weren’t female trainers. There weren’t any female agents. There weren’t really women’s voices in those decision making rooms. So even what we were seeing on television was, and I don’t mean this in a bad way, but it was a male’s perspective of how a woman thinks, and it’s not accurate, especially not accurate in 2022,”

She continues, “There weren’t enough women who had the longevity and stuck around to be able to get behind the scenes to be in those positions to say, ‘No, this is actually how we think and how it would go.’ That has changed the game a lot. It’s so important to have people like that.”

She also praised Gail Kim for her work as an agent and producer for the women’s division at Impact Wrestling.

“What Gail (Kim) has been able to do with the Knockouts Division is incredible, and I think that is a testament to why it’s really the division that the women want to be in because of the opportunities that we get there, the stories that are being told, and to be seen as legitimate wrestlers.”

James as well shared her opinion on Tasha Steelz and her work as the current Impact Knockouts World Champion.

“She’s got tons of personality. She’s magic on the mic. This girl is a star. She’s solid in the ring, she has her own style, and she’s very charismatic. For me, she checks all the boxes. She really represents this new generation of women’s wrestling very well because she’s tough in the ring and she is tough as nails.” (Vía Battleground Podcast  and h/t to WrestlingNews.co)