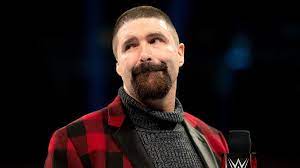 Foley was doing Ask Mick Anything episode on his podcast Foley is Pod. He was asked about which current wrestlers he might have liked to work with. Foley mentioned Bray Wyatt as he thinks the promo work between the two can be intriguing.

Mick Foley also named Richochet and AEW’s Darby Allin as he has always liked working with people having contrasting styles to his own. Another wrestler whom Foley quoted was Jon Moxley.

“Oh man, I love I would love to work with Moxley. Bray Wyatt, I imagine the promos can be really cool. I always liked working with people who had polar opposite styles to mine, and then putting a little of my own style into it. So somebody like Darby Allin would have been great to work with,” he said.

“Ricochet, if he had had a hot program coming out of the gate, I think it would have made a big difference that there. Man, I can’t stress enough how important it is to have one of those great marriages quickly and establish a lot of guys. I think that was the only thing missing [for Ricochet], that great rivalry right out of the gate.” – h/t fightful

Bray is currently trying to establish a character similar to what Foley had done in his prime. Wyatt also used Mick Foley’s iconic Mandible Claw as a part of his fiend character.

Foley and Moxley connection dates back to the latter’s FCW days. Jon Moxley was originally scheduled to make his WWE debut in a program against Mic Foley.