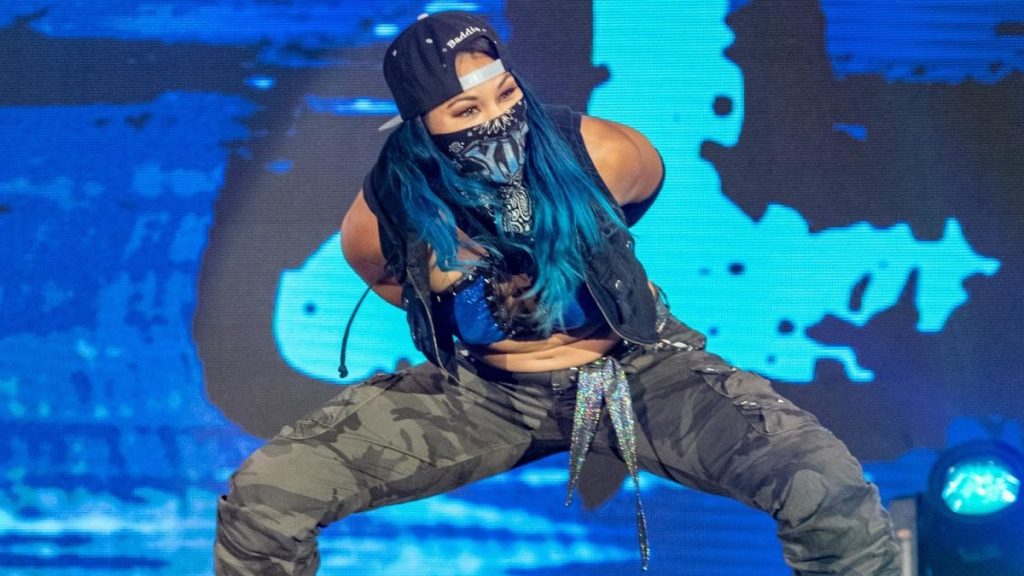 Yim would take to her official Instagram account to address her impressions on her first match in 5 months, while also thanking Athena for the spectacle given and her husband Keith Lee for supporting her during all this time.

However, Mia would also state that she was suffering from self-doubt and anxiety problems every-time that she was thinking in getting back to the squared-circle.

“I needed wrestlecon weekend. This photo plus my match was enough for me to get my stuff together. I really let myself go. The past year I’ve been going through a professional mental rollercoaster. The last few months, I stopped caring. I ate whatever, Worked out sporadically, keeping myself busy with real life changes. The thought of wrestling gave me more anxiety (I’m already an anxious person as it is). My mindset was not where it needed to be and it showed on my body. I refused to train in the ring leading up to my first match as the thought had me shaking. I convinced myself I wasn’t good enough, I can’t wrestle and whenever I did, it was trash so what’s the point of training when I suck anyways”.

She continued saying “Hearing the crowd chant, having a great match with @athenapalmer_fg , keith being there to watch, and seeing people I haven’t seen in years with inspiring words before and after the match was what I needed. To all my friends and fans, thank you for reigniting that fire in me. Thank you for helping me realize I am not shit and I still got something to offer in wrestling. You all reminded me why I love wrestling and that I am good enough for it.”

Mia signed with WWE back in 2018, where she was offered an NXT contract after her great performance on both editions of the Mae Young Classic. Yim had interesting rivalries with people like Bianca Belair, Shayna Baszler and Candice LeRae, before having a frustrated main roster run as part of the Retribution stable, which would eventually led to her release in November 2021.

Honestly: The Kevin Owens We Love Is Back

Honestly: WWE Raw Should Return To Being A Two-Hour Show