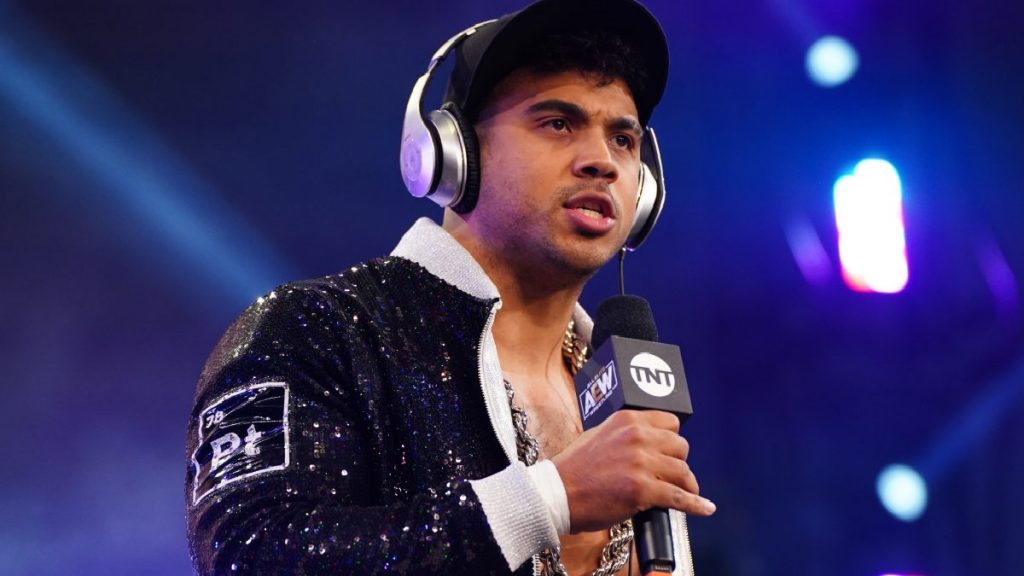 Photo of Max Caster from WrestleTalk

Max Caster of the Acclaimed is facing major criticism after his rap on AEW Dark featured a shot at Olympic gymnast Simone Biles and a rape joke of the Duke University Lacrosse case of 2006.

As of now, AEW is working hard to remove the video. Multiple copyright strikes have been issued on Twitter and YouTube as the entrance was removed from this week’s episode of Dark.

This is what Caster said in his entrance rap. Note, viewer discretion is advised:

“Listen, the Acclaimed kicking ass for miles, making you claim mental health like Simone Biles. The Sydels is going to pay the cost, I’m going to treat those bitches like Duke Lacrosse. The Blondes say they are the best but those dudes are faker than a PCR test. And what is that smell here in North Carolina, oh wait that’s Julia’s…”

Caster was then cut off by his tag partner, Anthony Bowens who said “you meant Julia’s breath from all of those croissants that she ate.”

The crowd in Charlotte, North Carolina was left speechless after the rap.

The Acclaimed along with Matt Hardy and the Blade would go on to defeat The Sydels and the Varsity Blonds after Blade hit Mike Sydel with brass knuckles.

Most of the world knows of the troubles that Biles has faced during her Olympic journey that included being one of the many young women sexually groomed by team USA gymnastics medical director, Larry Nassar.

Caster’s Duke Lacrosse mention had people in uproar due to the 2006 case which had three players, all white, accused of raping a black North Carolina State student.

The case was dropped due to lack of evidence and the prosecutor’s push of the case due to his re-election coming up.

This is also on the heels of AEW’s donation of $100,000 to Sale Alliance, a nonprofit organization based out of Charlotte, North Carolina, dedicated to providing hope and healing for domestic violence and sexual assault survivors.

AEW has been reached out for comment and we will update you when the comments are available.