Matt Cardona Wins Back His Internet Championship From Effy 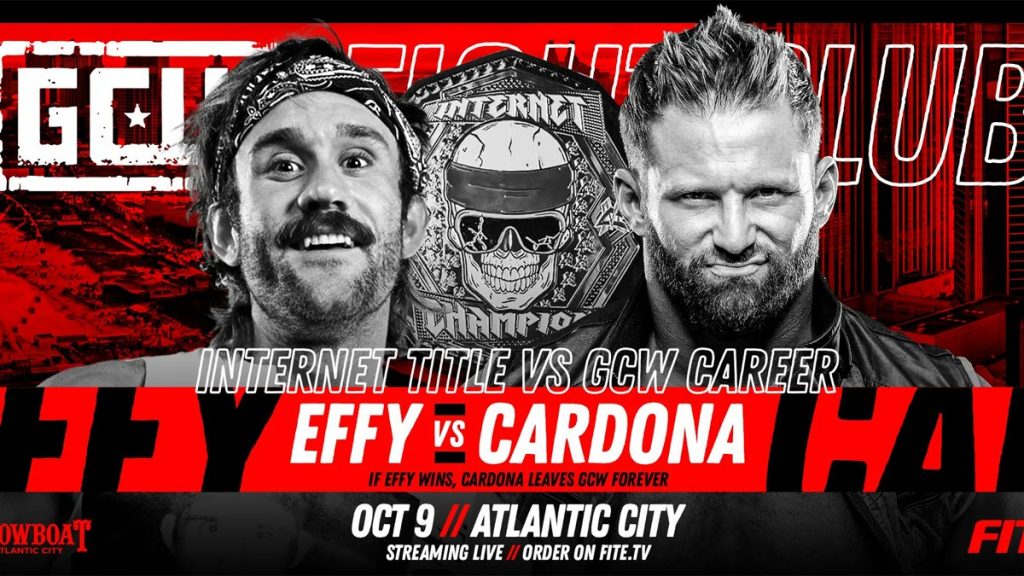 The Internet Championship has returned to its creator, as Matt Cardona wins back his personally created title back from Effy, however he did not do it alone.

Matt Cardona debuted in GCW back in June during their Zombie Walk show to interfere in Nick Gage’s title match, this would lead to a deathmatch for the GCW World Championship between the two which Cardona would win. Since then, Cardona would introduce the GCW Universal Championship a spinner belt similar to John Cena’s old WWE Title.

To win back his creation, Cardona would challenge Effy to a match for the belt and would put his career within GCW on the line. After, a well fought match between the two, Cardona would get the upper hand and the win with a little assistance from someone he is very familiar with…. his fiancé Chelsea Green.

With Cardona getting his creation back and his GCW career maintained, what does Cardona plan to do within GCW with his belt around his waist and his fiancé at his side?

EXCLUSIVE: James Ellis Reveals His Goals As An Independent Wrestler During The COVID-19 Pandemic