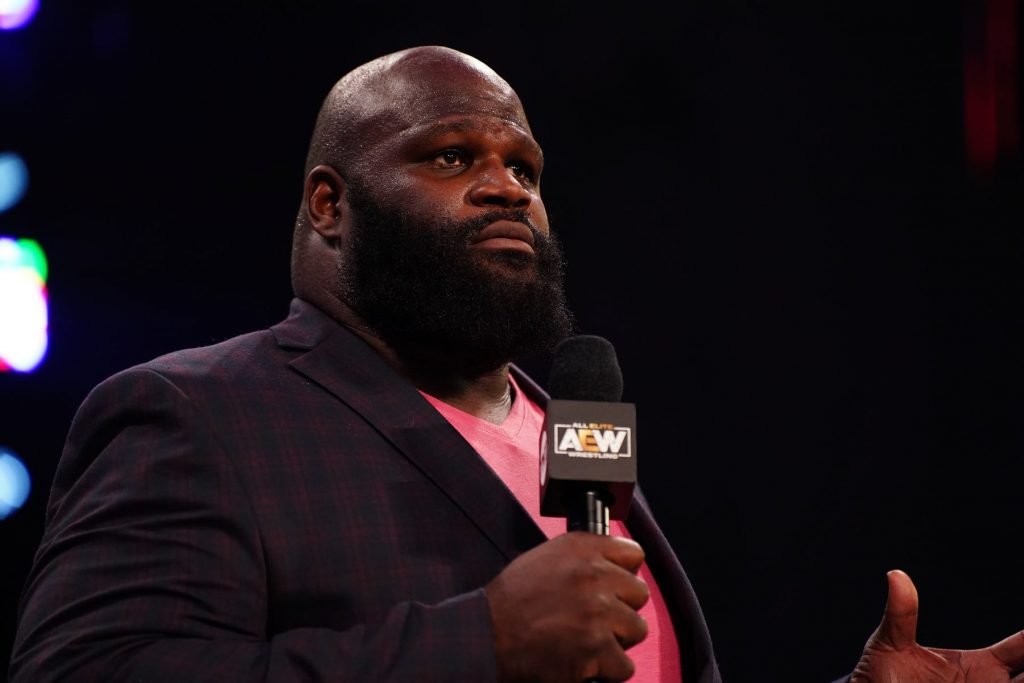 AEW Commentator Mark Henry has recently revealed that he is suffering from a serious back injury, which is the main reason why he hasn’t been able to wrestle in AEW.

Mark Henry is one of the most respected personalities in the entire pro wrestling business, with a long and legendary career in the WWE that awarded him with a well-deserved spot in the WWE Hall of Fame Class of 2018.

However, after more than 20 years with the WWE, Mark Henry signed with All Elite Wrestling in May 2021 and started to serve as a commentator for AEW Dark and AEW Rampage, as well as helping the company’s talent as a coach and taking part in many of AEW’s communitarian tours.

During a recent talk with Lex Luger and Bully Ray at the ‘Busted Open Radio’, Henry has revealed the main reason why fans have not been able to see him compete in the AEW ring, claiming that he is suffering from a serious back injury.

When consulted about this by Bully Ray, Henry said:

“Bully, to be honest, to be completely transparent, I got nerve damage is why I don’t wrestle, in my back, in my [sacroiliac (SI) joint],” he revealed.

“I get that,” Henry said. “It will just go out, and I’ll be on the ground, and there have been times where I do too much at AEW, and I have to take a wheelchair through the airport, and it sucks because I’m prideful, and I hate it when I can’t walk through the airport. Feels like my leg is on fire. I’m not saying for a pity party for me; I’m saying that Darren Droszdov is in a wheelchair for the rest of his life, paralyzed from the chest down.

I know countless other guys that are on canes and [in] wheelchairs too. My doctor told me, ‘Hey, man. You know you can surgically get that fixed?’ And he said, ‘Don’t do it until you can’t walk no more.” He’s like, ‘Let that be your last alternative.’ So I feel it, but I’m not there yet, you know what I’m saying?” (H/T WrestlingInc)

There is no doubt that, even if he is not able to wrestle ever again, Mark Henry will always remain in fans memories as one of pro wrestling’s all-time greats.

You can listen to the full interview by clicking here.