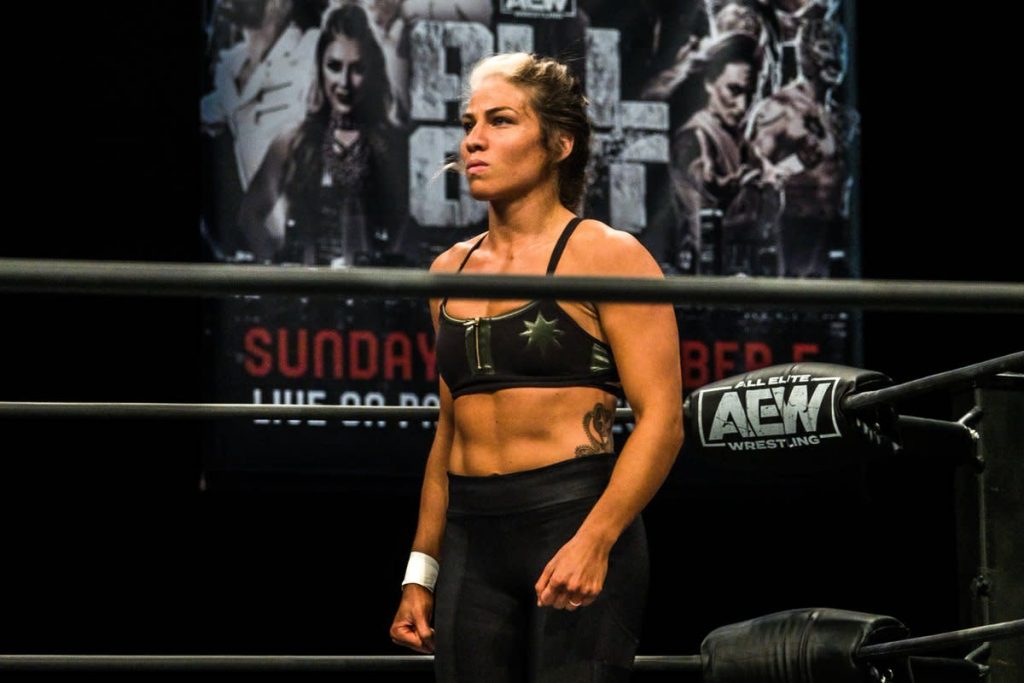 In an interview on the “AEW Unrestricted” podcast, Marina Shafir talked with Aubrey Edwards and Tony Schiavone about her journey from WWE to AEW and her first time meeting Tony Khan.

Shafir said, “So I got let go (from WWE), and you know, I let my emotions kind of do their thing there for a minute. Then I just tried to get as much work as I could and land any opportunity that I felt was right for me because this has to make sense at this time. I just wanted to take every opportunity and understand what would make sense for me and what didn’t make sense for me.”

“I did get a lot of experience in NXT and I feel like I was exposed to a lot of people who tried to push me to lean on the psychology of things and let things make sense and be interesting. I was wrestling for Championship Wrestling Atlanta. I met Captain Shawn Dean there after one of my matches. He came up to me. He was very inquisitive. I’ve had a lot of experience with coaches and professionals and usually the people who come up to you with questions and are inquisitive about what and why something was going on are better receivers of information because then they actually want to hear the answer and they want to understand. I guess that’s why they call him Captain. He extended an invitation to Dark.”

“He’s one of the nicest human beings in this business being in the position that he is. He was so welcoming. When I got there, he just came up to me and he was like, ‘Oh my God, I didn’t know you were here.’ He was asking me if I wanted a little bit more time. I was like, ‘What?’ I was in disbelief and I hoped I wasn’t giving him a dirty look because it was mostly like, ‘Is this real?’ He was just so incredibly welcoming and I wanted to do very well.”

Elsewhere in the interview, Shafir also discusses her matches with Jade Cargill and Kris Stratlander, her immigration to America, MMA, and motherhood. To listen to the full podcast, click here.

Photo Credit to All Elite Wrestling