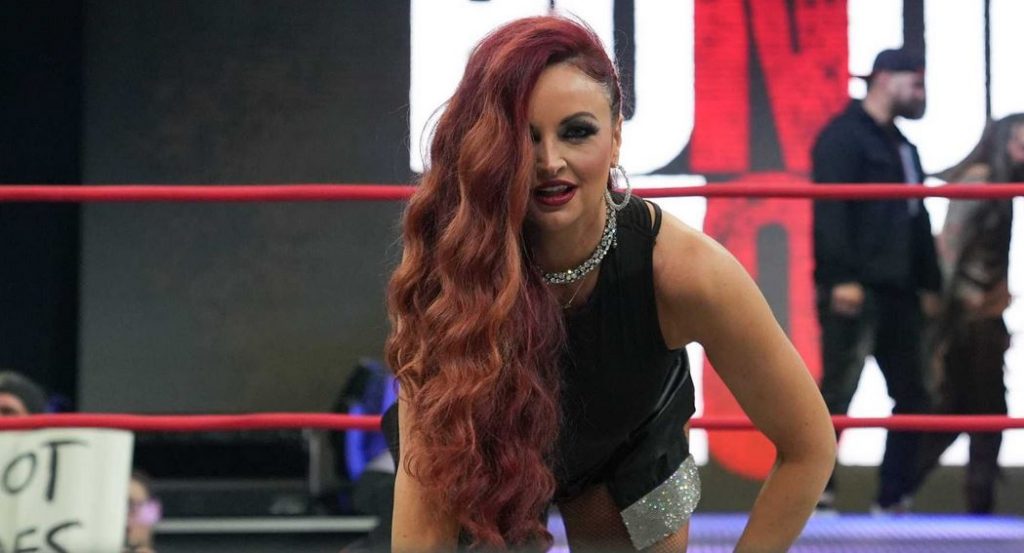 Maria Kanellis has addressed the current status of her contract with Impact Wrestling, claiming she’s been in talks with both WWE and AEW.

Maria Kanellis is undoubtedly one of the most popular personalities in the pro wrestling world. After making her debut in 2004, Maria Kanellis got the opportunity to work in big companies like WWE, ROH and TNA- now known as Impact Wrestling.

Shortly after her release from ROH in late 2021, Maria Kanellis returned to Impact Wrestling in January 2022, alongside her husband Mike Bennett, Matt Taven, PCO and Vincent.

However, during a recent interview with Fightful, Kanellis revealed her contract with the company will be expiring next month and that she already had some talks with WWE and AEW. She said:

“I’m on a per-appearance deal with them (IMPACT) until October 8th. It’s so hard to make decisions moving forward because I love what we’re doing in IMPACT and I know the possibilities of where we might go with it and where I might go with it as an individual, … It’s really hard looking ‘where do I go next?’ I talked to Tony Khan, I talked to Triple H, I talk to Scott all the time. Recently, I talked to WOW. It’s a very interesting time for me. For me, it’s about creating opportunities for all of the women I’m working with now.”

What Are Maria Kanellis’ Goals In Case She Signs With Either WWE Or AEW?

About this, Kanellis explained she wants to be in Mike Bennett and Matt Taven’s corner in a match at WrestleMania. Additionally, she said that a match with FTR in AEW would be a great idea too.

“Not only that but then there is the heart of me that says when Mike, my husband, went to WWE and it was his ultimate dream to be in WWE. That’s all he talked about. He was a WWE person from the moment I met him. We got to WWE, and it was not the way he wanted it to go. I think for him, there is still a part of him that thinks there is unfinished business. For me, I don’t know if you guys could see it, but when they (Bennett and Matt Taven) won the tag team titles (Impact Tag Titles), there were tears. They are my boys.

The idea of the two of them walking out at WrestleMania and me managing them, of course, that thought is in my mind. Then I look at AEW where they have some of the greatest tag teams in the world. Competition-wise, there is that at AEW. The fact that the boys have never gotten in there with FTR. I look at all of these things and go, ‘sh*t.’ Then, where is Ring of Honor going to go? I think it’s an amazing time in wrestling right now.”

H/T to WrestlingNews.co for the interview transcription.