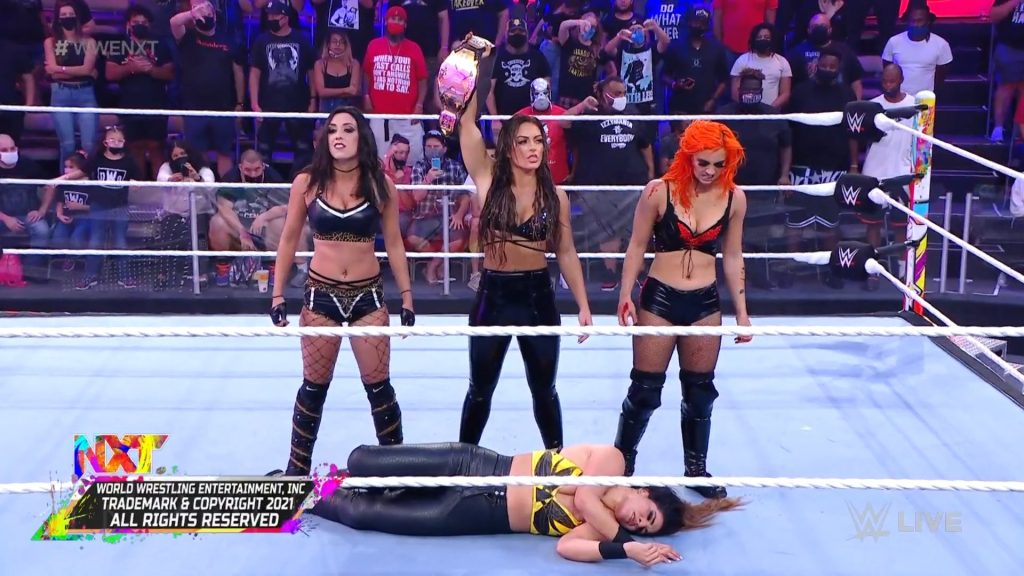 Mandy Rose returned to NXT this year after spending the beginning of the year teaming with Dana Brooke on Raw.

With NXT 2.0 debuting a new look Mandy Rose decided to do the same. She made the switch ditching her blonde look for a brunette look.

While speaking with Steven Muehlhausen of DAZN, Rose said the decision to switch her look was actual her idea.

“I love switching it up. I laugh because the last couple of years, I went from blonde, long hair to short. I got my hair cut on national television by my former best friend and former tag team partner (Sonya Deville). Then I went back and kept it blonde and then now brunette, so I feel like I’ve had a lot of changes with hair. I’m going to keep it this way for a little while.”

Not only has Mandy debut a new look on NXT 2.0 but she isn’t alone as she is the leader of a new fraction dubbed “Toxic Attraction” joined by Gigi Dolin and Jacy Jayne.

After showing off her new look two weeks ago she was joined by her new group going on to defeat Kacy Catanzaro, Kayden Carter & Sarray in a 6 women tag match.

“I want people to recognize and respect the work I’ve put in inside and outside the ring.”

Mandy wants to use her time in NXT to not only showcase a new look but also prove her ring skills are up to par.

She hasn’t wasted anytime making it known she wants the top prize in NXT.

Rose went after reigning NXT Women’s Champion Raquel Gonzalez after her successful title defense on the latest episode of NXT.

It will be an interesting follow over the next few weeks as Mandy tries to capture her first title.