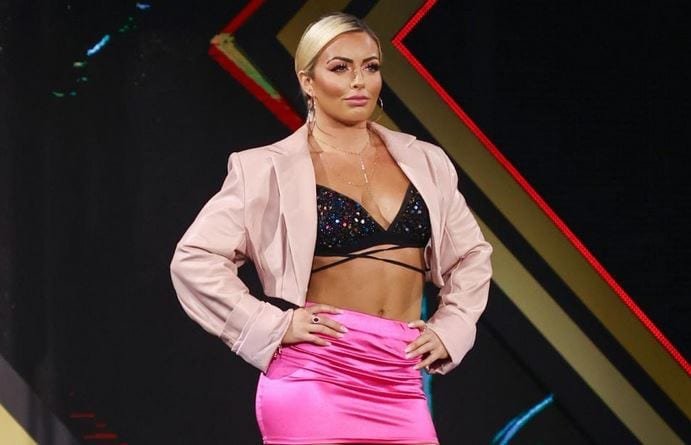 After making a surprise appearance on last night’s NXT, it’s now being reported that Mandy Rose has switched rosters with Aliyah.

WrestleVotes, who have become a very reliable source of information, tweeted that they’ve been told Raw traded Mandy for Aliyah.

While I’m not sure why, source says it seems like a trade went down between rosters:

Mandy Rose debuted on the main roster in November in 2017 along with Sonya Deville and Paige as Absolution. Since her split up with Sonya last year, Mandy had been tagging with Dana Brooke for several months. Making them one of the few surviving main roster tag teams.

Aliyah signed to NXT in 2015 and made her TV debut in January in 2016, making her time in development one of the longest in recent memory.

Since it’s only a rumour at this point we can’t say for certain the switch is offical, but if it is it’ll be interesting to finally see Aliyah on the main roster.