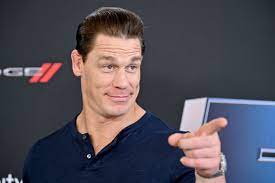 According to Fightful Select, John Cena is planned to return to WWE television by at least July 23rd of 2021.

It was reported earlier today that the 16-time world champion, John Cena, has a plan set to arrive on an episode of Smackdown in the next eleven days. This news itself is huge considering Cena had not been seen since losing a firefly funhouse match against the Fiend back at night two of Wrestlemania 36. That was nearly 16 months ago.

Although it’s not entirely confirmed, fans have had a fun time speculating what Cena would be there for, and who his next match will be with. Among other questions like “will he retire?”, “karrion cross match?”, “Roman Reigns rivalry?”, upon many, many others.

Only the future can really tell.