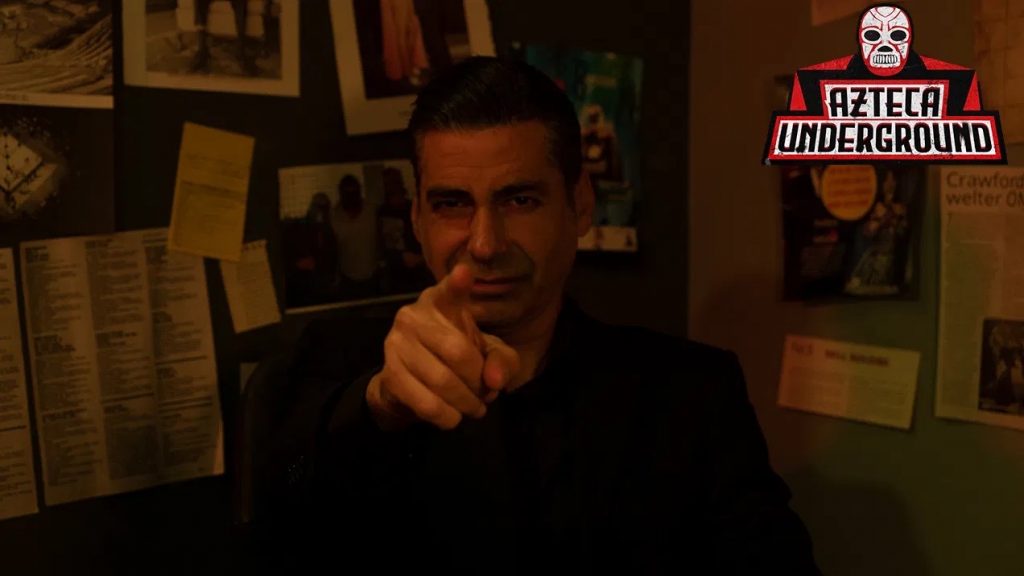 This past weeks episode of Major League Wrestling ‘Fusion’ was the season finale for the promotion, as they take a break until July 10th when they make their move to VICE TV.

On this weeks episode the promotion announced that over the next few weeks on social media, they will be hosting an ‘open draft’ where top free agents from around the world of professional wrestling, will be signing with the promotion. No exact details of the draft have been given at this moment in time, but it’s expected to be a way to introduce new talent to fans before the next tapings and the big move to VICE TV.

However this was not the only surprise announcement which was made during this weeks edition of MLW Fusion.

This man was known as ‘Dario Cueto’ in Lucha Underground and many viewers considered him one of the highlights of the promotion.

This past Wednesday on Fusion, El Jefe was finally revealed as Dario Cueto, and he announced that he is building a new template for Azteca Underground, and that he will see everyone on July 10th.

It’s expected that Dario Cueto will remain known as ‘El Jefe’ in MLW due to copyright reasons, however this has not been confirmed at this time.

Dario Cueto, who is played by Spanish TV actor Luis Fernandez-Gil, has reportedly signed a long term deal with Major League Wrestling and will be a regular going forward according to Mike Johnson of PWInsider. Johnson also reports that Salina De La Renta, who has been a top on screen role for MLW over the last couple of years, officially finished up with the promotion last night.

You can watch the full episode of this weeks MLW: Fusion below.