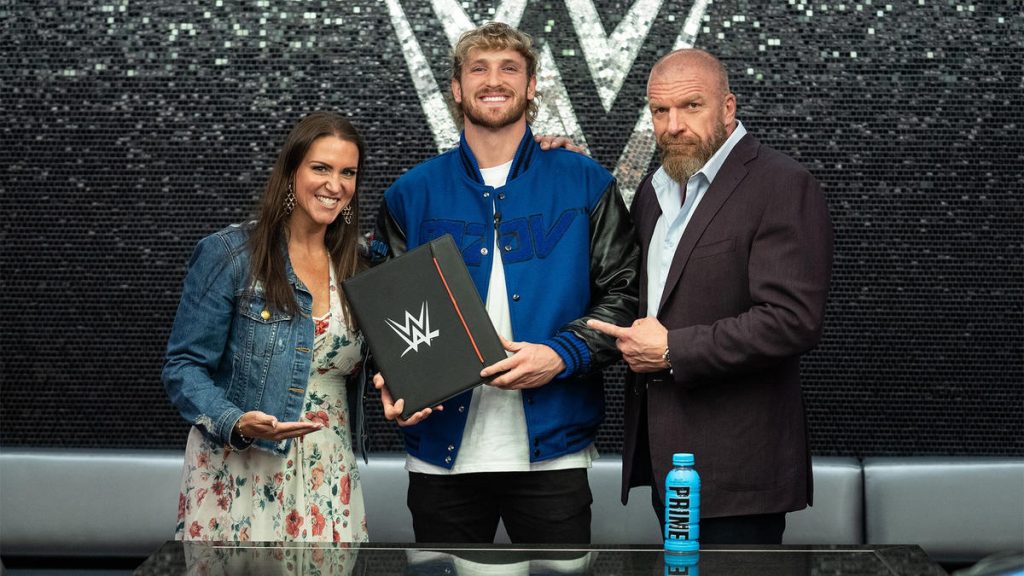 On Thursday afternoon, Logan Paul took to Twitter to announce that he has signed with WWE. Paul signed the contract alongside interim WWE CEO and Chairwoman Stephanie McMahon and WWE COO Triple H. Paul shared several photos of his visit to the WWE Headquarters, including one of him holding up a sign which read ‘coming 4 u Miz’.

During this week’s edition of Raw, The Miz announced that Logan Paul would be making his in-ring return at SummerSlam next month. The Miz made it seem as if he would be teaming with the YouTuber at the event, however it now seems like they may instead be facing one another.

Logan Paul made his WWE debut last year when he was involved in the feud between Kevin Owens and Sami Zayn. He ended up being hit with a stunner from Kevin Owens at WrestleMania 37, before returning this year to make his in-ring debut at WrestleMania 38. Paul teamed with The Miz to defeat Rey and Dominik Mysterio, before being hit with a Skull-Crushing Finale courtesy of The Miz.

Logan Paul isn’t the only major signing WWE has made this week, as it was announced yesterday that Bellator MMA fighter Valerie Loureda has been signed to NXT 2.0 and will be joining the Performance Center next month.