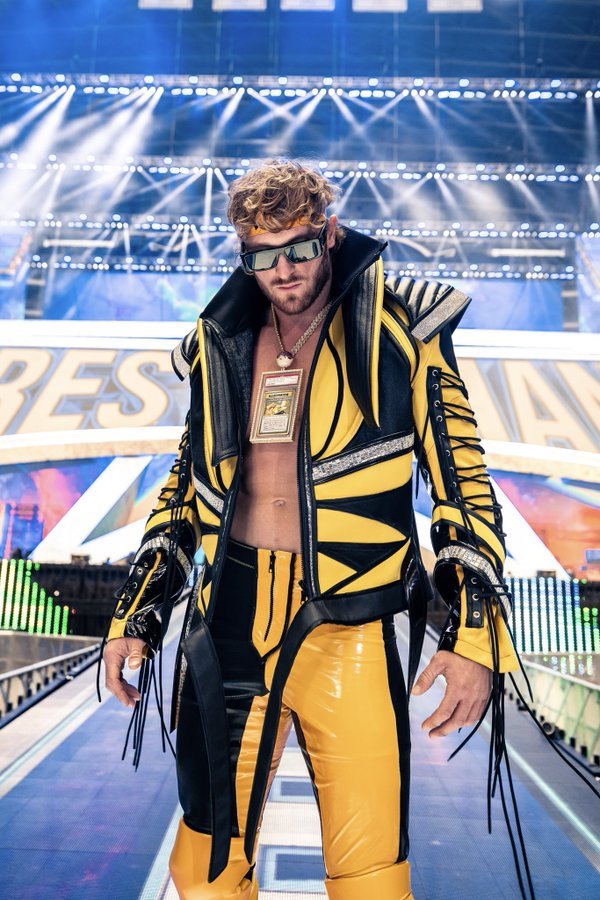 Logan Paul’s match against Roman Reigns at Crown Jewel received immediate praise. The social media star proved he could bring the attention to the match he promised the WWE when he challenged the tribal chief.

Although it was only Paul’s 3rd match some have said he showed the skills of an industry professional. Riding on the high of that praise, Logan Paul seems to have his eyes set on the WWE’s biggest event of the year and a 16x Champion for his next opponent.

Logan Paul said on the latest episode of his “IMPAULSIVE” podcast that he saw John Cena still needed an opponent for Wrestlemania and feels he fits the bill. Not only does he think he’s the opponent for John Cena, but he feels the match could ‘break the Internet’.

“After the Crown Jewel event, John Cena posted about me on his Instagram. And then I saw an article saying he’s looking for an opponent at WrestleMania. I favorited it, responded with ‘the eyes.’ I mean, truthfully, I think me vs. John Cena would break the internet.”

Logan Paul is definitely a social media sensation and knows thats where he shines best and thats what his current selling point is. With over 24 million followers and subscribers on his social media platforms, it definitely opened the door to a new audience for the WWE.

WWE and Logan meeting on the idea

“I texted Triple H right away, ‘do you want to break the internet again?’ That’s a dream matchup, dude: at WrestleMania, in LA, on my birthday. Triple H, throw me a bone, give me a birthday present, let me take out John Cena. And that’d be crazy.”

Logan’s text message must have peaked the interest of WWE executives because it sounds like he’s got an upcoming meeting.

“I think that’s the model I’m going to pitch to WWE, to give you an insight into what our meetings look like. This week, we’re meeting with them, I’m just going to be like, ‘Hey, this works for me. Put me up against the best y’all have, I’m gonna f****** deliver. You know that for a fact. Not only to put on an amazing match, but I’m going to put asses in seats and eyeballs glued to the television.”

Before his match at Crown Jewel, there may have been some doubt over the potential of a match between Cena and Paul. Now, we know Logan Paul’s wrestling abilities can deliver a quality match. His promises to break the internet once again may motivate the WWE to see if he can deliver.

The WWE is yet to comment on the possibility of a possible match up. Keep an eye on WrestlingRepublic.com to see if the two do end up in the ring in the future.