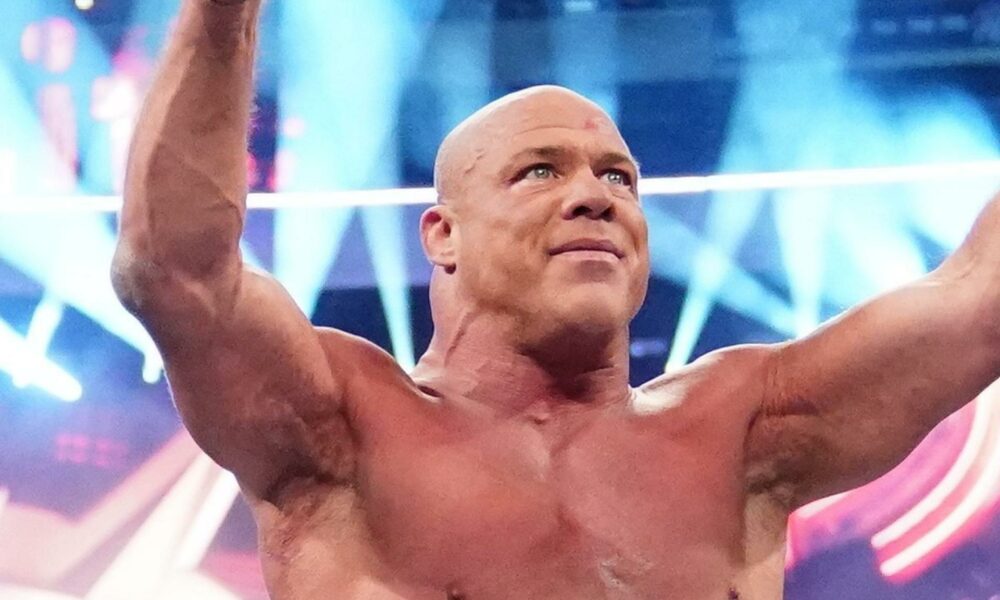 Kurt Angle reveals his conditions and price to wrestling on AEW.

The career of Kurt Angle in WWE and Impact is one of the most memorable.

From winning an Olympic gold medal to becoming a 12-time world champion.

His amazing career culminated when he was an inductee into the WWE Hall Of Fame in 2017.

And his in-ring career in 2019 at Wrestlemania 35 in a match against Baron Corbin.

So many are surprised about AEW’s interest in bringing Kurt Angle to the company.

According to some reports, Tony Khan has offered non-wrestling appearances to Angle that have been turned down.

On a recent episode of “The Kurt Angle Show,” the hall of Famer mentioned some of the particulars of AEW’s offers.

He said that the bar was high due to his current physical condition.

“Well, to even consider coming back, it’s going to have to be a substantial amount of money,” he said.

During the conversation, it was also mentioned what Khan was looking for.

According to Angel, it was a 10-match deal when the company was first getting started.

“Tony Khan wanted me to come in and wrestle for him. That was like 4 years ago,” Angle explained, “and I said, ‘For 10 matches, I want $3 million.'” (Via The Kurt Angle Show)

But it seems that both parties never agreed.

Angle has mentioned several times the injuries he’s suffered over the years and the treatments and recovery he’s gone through.

Last May he had a double knee surgery, making a possible in-ring return uncertain.