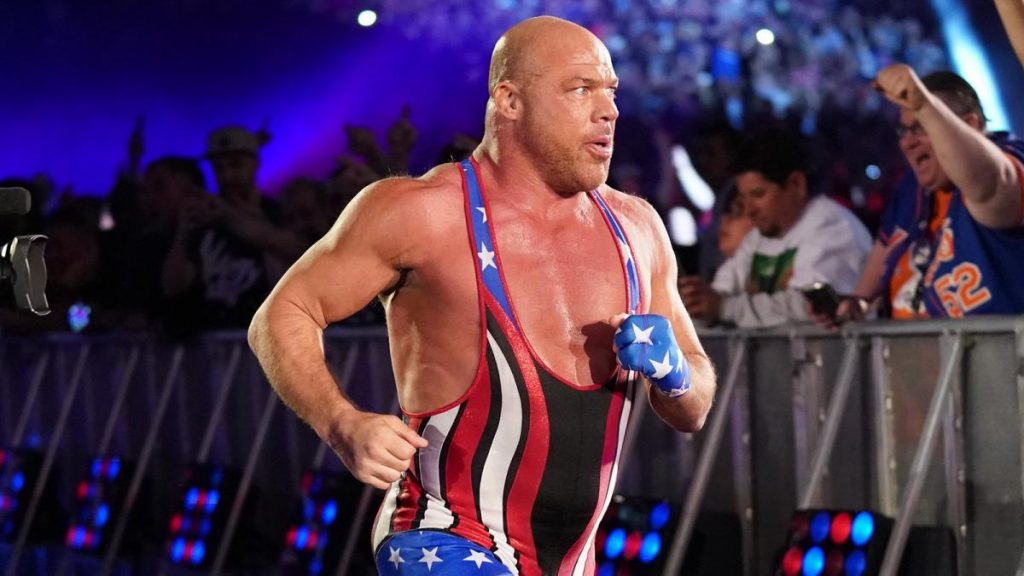 Kurt Angle revealed that he attempted to make a WrestleMania match between himself and Kurt Angle before Bret’s health prevented it.

Kurt Angle is, without question, one of the greatest technical and submissions wrestlers in the history of the sport. He began his career with WWE in November 1999 and quickly entered the main event scene.

He would eventually go on to defeat The Rock for the WWE Championship the following year. His career has had its share of ups and downs, but there is no denying his legendary status.

There is a large list of dream matches fans would have loved to see him in. Like most wrestlers, Kurt Angle has a list of his own with some pretty notable names.

There’s one in particular that he tried to make happen, but sadly, the circumstances of the time would not allow it.

In the early 2000s, Kurt Angle tried his hand at getting a WrestleMania dream match against Bret Hart. Like Kurt, Bret is one, if not the greatest technical wrestler in the history of professional wrestling.

Both the Sharpshooter and Ankle Lock are synonymous with submission wrestling and have been used to define their careers. At the time Kurt tried to get his match with Bret, the legend was not on good terms with WWE.

Bret hadn’t been seen in the company since the Montreal Screw job, but that wasn’t the only issue. Bret suffered a brutal concussion while in WCW, and he also had a stroke in 2002.

By this point, his career was pretty much over due to his health issues, so the match didn’t happen.

While answering questions at K&S Wrestlefest, Kurt learned that Bret had said not wrestling him was one of his regrets. Kurt echoed his sentiments when talking about his attempts to get the match made for a WrestleMania event.

“I wanted to get him at Mania, but by then, with his stroke and him getting a concussion, and everything it just wasn’t going to work.” (H/T Wrestlinginc.com)

A match between the two would have no doubt been legendary, but it is now sadly left to fans’ imagination.