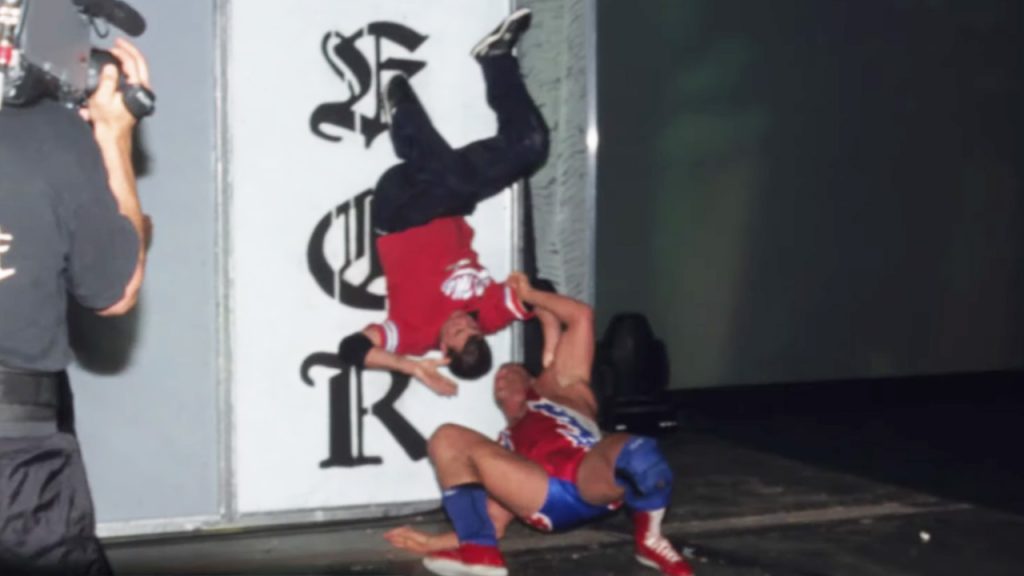 Kurt Angle went into detail on the aftermath of his infamous King of the Ring match with Shane McMahon, which put them both in the hospital.

Kurt Angle has done everything there is to do in his illustrious career and has multiple titles to his name. One of which is the moniker of King of the Ring, which he earned in the year 2000.

The tournament was hard fought, but the Olympic Gold medalist outlasted 32 men to win the tournament. Kurt Angle would try to win the next year’s tournament as well but ultimately lost to Edge in the finals.

However, the tournament matches were not the only ones he fought that night, as he had to face Shane McMahon. Their bout was the infamous street fight that saw Shane put through two glass windows.

The fight was infamous because both Kurt Angle and Shane sustained serious injuries, resulting in a hospital trip. Kurt Angle went into more detail about that 25-minute encounter while speaking at K&S WrestleFest.

Kurt Angle Talks About His Match with Shane

At the K&S WrestleFest, Kurt Angle talked about what specifically put both him and Shane in the hospital.

“We were dumbasses,” Angle said. “We were so dumb. After that match, we both ended up in the hospital. I’m getting wheeled out on a wheelchair out of my room, and Shane’s in a wheelchair. We’re passing by each other, and we high-five each other. Meanwhile, we couldn’t even stand.”

Kurt Angle won the match after hitting Shane with an Angle Slam off the top rope following a bloody match. Notably, Kurt had put Shane through two glass panes but failed to get him through more than once.

Because of this catastrophic botch, Shane landed on his head, resulting in the concussion he received during the match. At the event, Kurt Angle gave his explanation on why it was so hard to put Shane through the windows.

“What happened was that was supposed to be sugar glass, and it was plexiglass. They ordered the wrong glass, so we got cut up pretty badly from it.” (H/T WrestlingNews.com)

Both men ultimately recovered from their injuries, but things could have been a lot worse than they were.