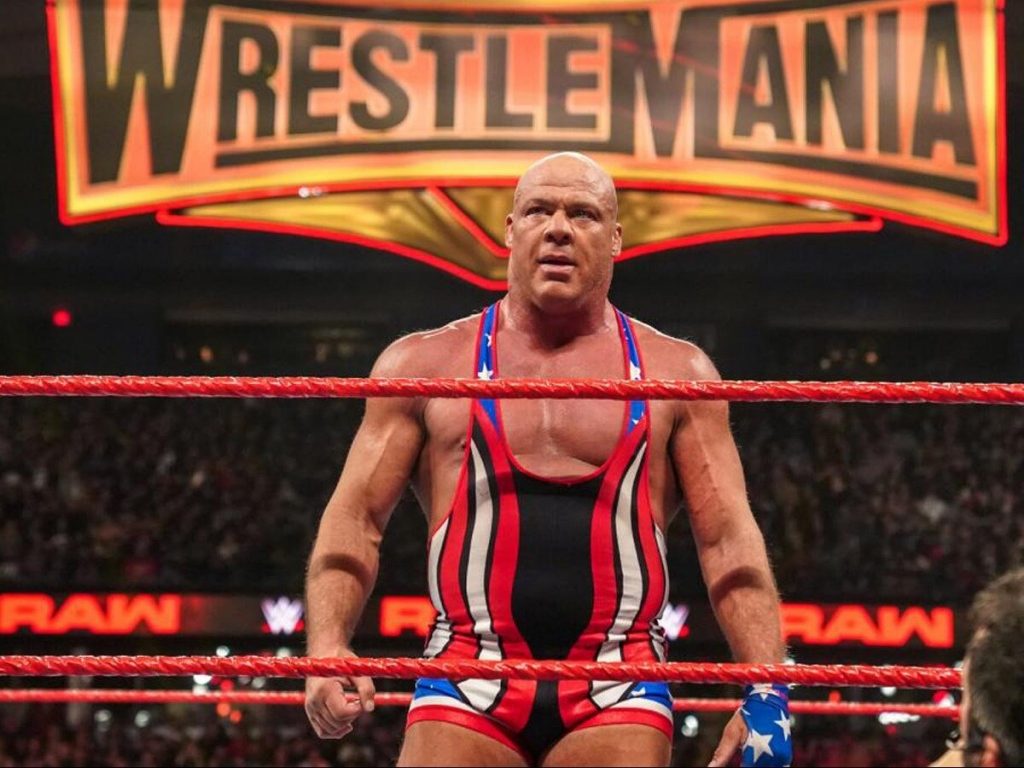 Some fans were scratching their heads at this as they remember his last match at WrestleMania 35 against Baron Corbin. It was built as his last match, with Angle having wrestled multiple stars leading up to it, from AJ Styles to Chad Gable.

The most recent retirement announcement is likely meant to eliminate all doubt as to whether Angle will ever wrestle again. It’s not unheard of for stars to retire, only to come back for another match or two.

Shawn Michaels returned in 2018 for the first time in eight years, and Rick Flair will have his ‘final match’ soon at 73. Mick Foley became notorious for coming out of retirement multiple times following his career-ending match against Triple H in 2000.

Professional wrestling is the business of “never say never,” but Kurt Angle has done that as he refuses to ruin his new knees. He spoke on the Two-Man Power Trip of Wrestling podcast about why he will not return to action.

“My knees were shot. I had to have them done. I didn’t have a choice. Now with the knee replacements, no. I’m not going to mess these knees up.” (h/t Fightful.com)

When it comes to double knee surgery, most people get one done after the other, but Angle wanted to get both out of the way as soon as possible. He didn’t want to have to recover from one operation just to go into another because he wanted to move on with his life.

“Well, you know, usually you have one at a time because it’s — you’re gonna be destabilized. So with me, the thing is, I wanted to get them out of the way. I just wanted to get them done and move forward with my life and not have to worry about the other down the road,” he said. “I can walk around. I’m still in a lot of pain, though.”

As of now, the hall of famer is focused on recovering so he can walk around normally. Despite his retirement announcement, fans will likely still see him from time to time, just in a non-wrestling capacity.