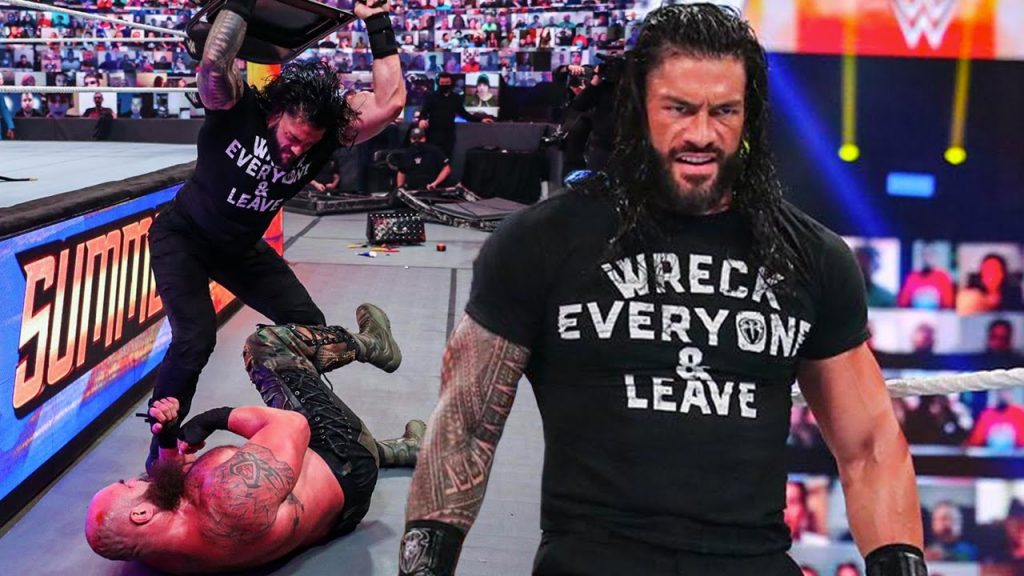 Kurt Angle says that WWE should have turned Roman Reigns heel long before 2020. Angle also said that Roman shouldn’t have been pushed as hard as he was at the beginning of his career.

Roman Reigns and heel turn is something which has been a topic of discussion in wrestling world for years. Roman finally turned heel in summer of 2020 and has since established himself as one of if not the top star in wrestling industry.

But WWE Hall of Famer Kurt Angle feels Roman should’ve turned heel a long time ago. Kurt Angle was talking about TLC 2017 in latest episode of his podcast The Kurt Angle Show.

Angle talked about Roman Reigns and how well he was doing in 2017.

“I thought Roman was improving dramatically. I won’t agree that at the beginning of his career he should have been pushed as hard as he was pushed. He was still a little green, but Vince had faith in him and Vince did the right thing because Roman Reigns turned out to be an incredible performer,” he said.

“I mean, Roman Reigns is one of the best workers in the business today. He earned that spot. So even though he didn’t earn it at the beginning, he had to go through that pressure of being the guy that’s pointed out as the top guy, and he worked through it, and he became the top guy. He gained respect from the other wrestlers eventually and that was the most important thing. It’s good to see they figured his character out. They should have turned him heel a long time ago. This is the best stuff he’s doing right now today and being a heel, doing the whole family thing, acknowledged me? It’s really good stuff. “