Kofi Kingston Announced As The First Royal Rumble Entry for 2023 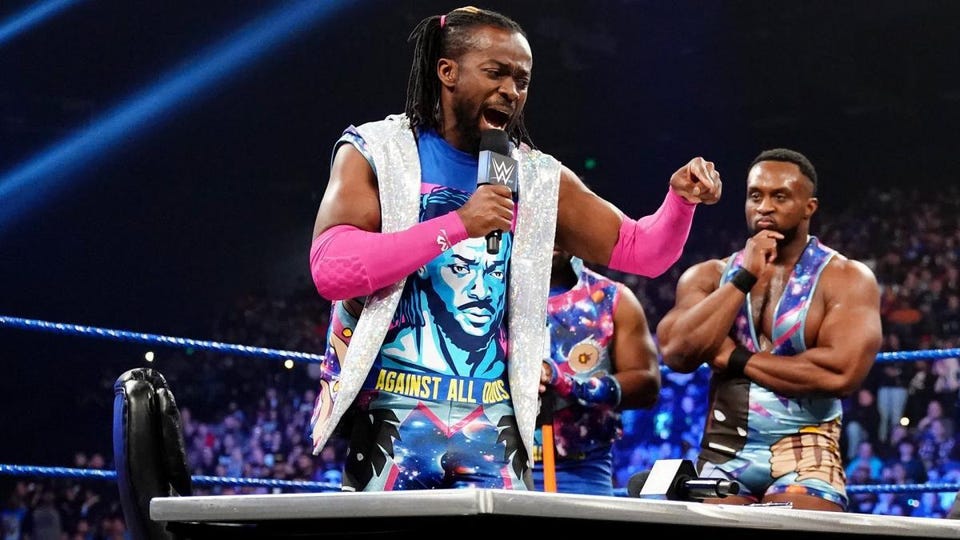 On last night’s episode of SmackDown Kingston of The New Day announced himself to be the first entrant into the 2023 Royal Rumble match.

Survivor Series WarGames is now done and over with, but there are now fewer premium live events on the yearly slate. WWE would typically be heading towards another themed event about this time, either TLC or Day 1.

However, TLC was wiped from the slate last year and replaced with Day 1, but that has been canceled too. With that, we are officially on the road to the Royal Rumble in late January starting the road to WrestleMania.

It was only a matter of time before superstars started announcing their entrance into the yearly battle royal. As of last night’s episode of SmackDown, we now have our first entrant, and it’s someone synonymous with the event.

The First Entrant into the Royal Rumble

During an interview, last night, New Day member Kofi Kingston officially announced his entry into the Royal Rumble match. It makes sense that he would be the first star to kick off the build to the event.

Kofi Kingston has become known for his crazy spots during the match and is a bonafide rumble all-star. Fans eagerly wait every year to see what he comes up with and will do the same this year.

There’s a lot of speculation about who will win the Royal Rumble this year, especially with Triple H in charge. Last year it was Brock Lesnar, with Ronda Rousey returning to win the women’s match, much to the fan’s disappointment.

Neither victor was appreciated much, signaling that they may be tired of surprise part-timers winning. There are rumors now that could be making his return in the #30 spot to win.

From there he’ll challenge Roman Reigns in the long-touted match at WrestleMania 39 in April later this year. Fans may not be too happy with this choice, but they’ll have to wait to see how things play out.