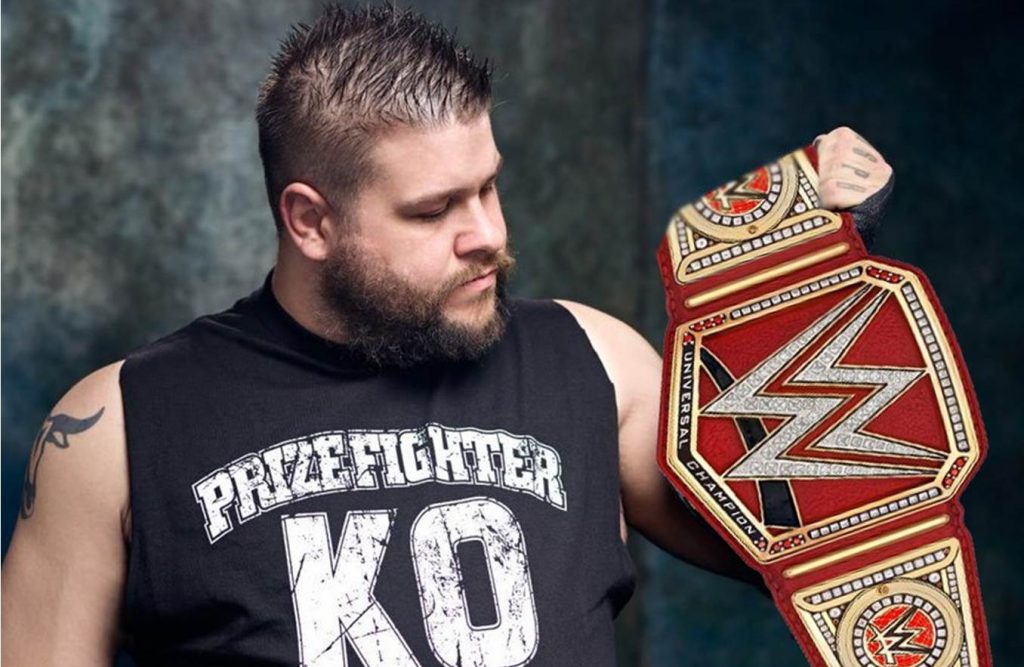 WWE Star Kevin Owens has opened up on his time as the WWE Universal Champion, claiming he’s ashamed he didn’t enjoy those times the way he wanted.

Kevin Owens is undoubtedly one of the most important WWE Superstars in recent memories. Ever since making his main roster debut on May 2015 -and picking up a huge win over John Cena at the Elimination Chamber event shortly after that- Kevin Owens has won many championships and starred some interesting rivalries throughout his WWE career.

Shortly after Finn Balor became the first-ever WWE Universal Champion and vacated the title in 2016 due to a shoulder injury, Owens got his moment to shine when he won a Fatal 4 Way Match to win his first WWE World Title.

During a recent talk with WWE Commentator Corey Graves at his After the Bell podcast, Kevin Owens reflected on his time as the WWE Universal Champion. While addresing this, Owens revealed he didn’t enjoyed his reign the way he wanted, claiming he was often worried about ‘What’s Next’.

About this, he said: “I used always to want more and more and more. What’s next?, What’s next? ,What’s next? There are so many moments over the past eight years that I didn’t properly enjoy because I was always worried about what was the next thing.

When I was Universal Champion, I had this incredible run with Chris Jericho and so many great moments, so many fun moments that people still talk about today. I’m ashamed to say that I really did not enjoy that as much as I should have.”

Kevin Owens & His Time As The WWE Universal Champion

Ever since winning the Universal Championship, Kevin Owens formed an alliance with Chris Jericho and held on to the title for 188 days. During this time, Owens defended the belt against some of the top stars in the WWE, such as Seth Rollins, Roman Reigns and Braun Strowman.

However, shortly after turning on Chris Jericho, he ended up dropping the title to Goldberg at the 2017 WWE Fastlane PPV in a very controversial match that lasted just 22 seconds.

Stay tuned to Wrestling Republic, as we’ll keep you updated with everything you need to know about the WWE world.

H/T to SEScoops for the interview transcription.