Kevin Nash Reveals He Is Launching A New Podcast Show 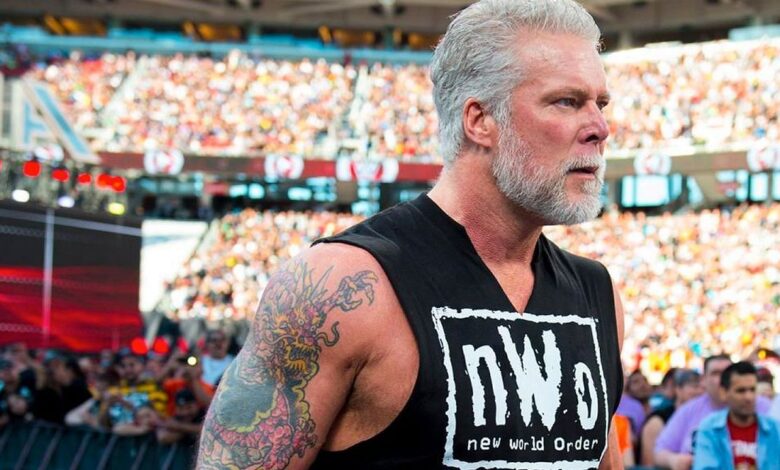 Former WCW star and two-time WWE Hall of Famer Kevin Nash- also known in WWE as Diesel-has revealed recently that he is about to launch a brand-new podcast show, alongside Sean Oliver of Kayfabe Commentaries.

It was announced that the show’s name would be ‘Kliq This: The Kevin Nash Podcast’ and that it would be presented by The Podcast Heat, in both audio & video formats, starting on July 11. Nash would also state on the show’s official press release that his podcast will bring in uncensored and unfiltered conversations, while also claiming that “Kliq This listeners will get a magical mystery tour into all aspects of life, No topic is off-limits or out of bounds. We will be pop culture driven, but not too timid to attack today’s current cancel culture.”

David Green, the founder of The Podcast Heat network, also commented on the brand-new show when consulted about this.

“Before podcasting became commonplace for professional wrestling, Sean Oliver and his Kayfabe Commentaries shoot interviews were the fans ‘go-to’ for behind-the-scenes stories and information. And of all his interviews, Sean’s conversations with Kevin Nash were can’t miss. I can’t wait to hear what these guys have in store when the conversations can extend beyond just professional wrestling,” he said.

Kevin Nash is a former WWE Champion and also 5-time WCW World Heavyweight Champion. He is also known for being part of ‘The Outsiders’ with the late-great Scott Hall. When ‘The Immortal’ Hulk Hogan joined the group, they formed one of the best- if not the most important- factions in pro wrestling history.

The first episode of ‘Kliq This: The Kevin Nash Podcast’ will be featured at the Starrcast V fan convention, which will take place in late July at Knoxville, Tennessee.