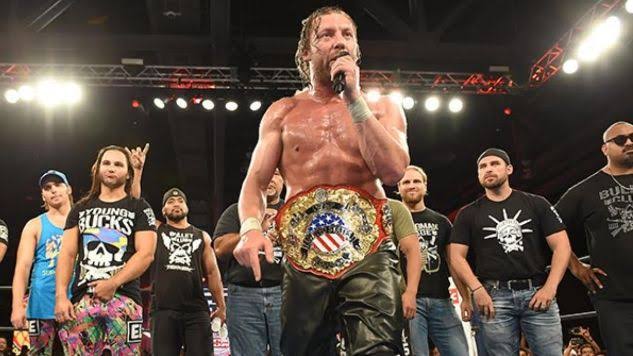 The Best Bout Machine returns to NJPW and set to face Will Ospreay at Wrestle Kingdom 17 for the IWGP US Title.

After Will Ospreay successfully defended his US belt against Shota Umino at NJPW & STARDOM’s HISTORIC-X-OVER event, the lights shut down and none other than Kenny Omega was shown on the screen. Kenny Omega said that ever since he left NJPW, NJPW needed a replacement for Omega and they chose Will Ospreay. He also stated that ever since Ospreay took over, things have not been the same and Ospreay is just a “Knock off Kenny Omega”. (Doing most of the promo in Japanese). After the video promo, Ospreay accepted the challenge. The dream match is scheduled to take place at Wrestle Kingdom 17 at the Tokyo Dome.

The title that will be on the line, the IWGP US Title is synonymous to The Best Bout Machine. As Omega being crowned the first ever champion and defending it against greats such as Chris Jericho. As Ospreay’s defense against Shota Umino equaled Omega’s number of defenses with the belt, this match has a lot on the line.

Kenny Omega has not wrestled a NJPW match since his match at Wrestle Kingdom 13 against Hiroshi Tanahashi where he dropped his IWGP Heavyweight Championship. Kenny since then has been active and helped formed AEW. He has faced NJPW talent in AEW such as Aussie Open and Ospreay. This will be Omega’s first match in NJPW in 4 years.

Ospreay and Kenny have a long history. Currently, Ospreay has a 0-1 singles record against Omega at PWG Alll Star Weekend 2015. The feud has been silent until Ospreay hit Omega’s iconic finisher against Mad Kurt making him “kick out”. This started a Twitter feud between Omega and Ospreay where Omega called the spot “childish”. After the clip went viral, Ospreay decided to make a T Shirt out of the incident where it said “Billy The Wa***r”. The shirt would get a receive a cease and desist from Kenny, forcing the shirt to be discontinued after 24 hours on the shelf. Their next encounter would be in AEW as Ospreay and Aussie Open were eliminated from the AEW 6 Man Tag Team Championship tournament by The Elite.