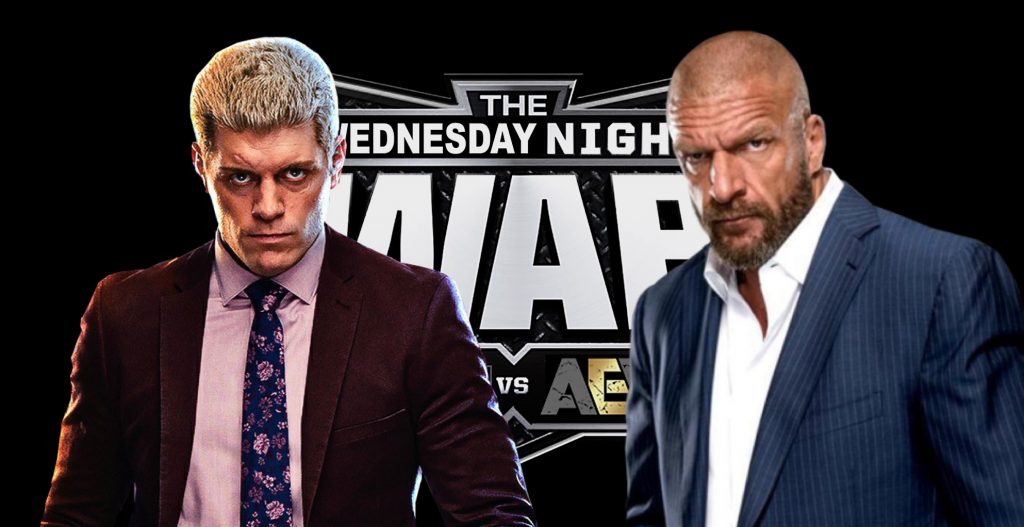 AEW Star Kenny Omega has opened up about Cody Rhodes leaving the company earlier this week, and revealed that Cody was the one who wanted to go to war with WWE while The Elite didn’t.

Last night the former AEW champion conducted what can only be described as a bombshell interview on Wrestling Observer Radio, where he gave his first comments on Cody leaving AEW.

“Everyone was shocked. We all know when our deals are up, especially the EVPs, or in the case of The Bucks like when their options kick in. For myself, I don’t have a deal like that. As you know, I’m up next year, just straight up, done. So I’d have to resign a new one. There’s no option.

We knew Cody’s, much like The Bucks, it was that time. When we would hear that, okay, there’s possibly some difficulty with renegotiation or whatever, but it was almost like you just never think it’s going to go in that direction, where the talent is going to opt for leaving, especially since you know, when this first thing started, I would say the most passionate person about a revolution, our most most passionate person about kind of creating an us versus them mentality was Cody. So it was strange for him just to choose to get up and walk away.

However, that being said, you know, feelings change. The environment around you is ever changing. It’s constantly changing, and maybe the mission statement or the goal or the revolution, whatever it is that you’re searching for trying to create, maybe that isn’t what it is anymore to you. Maybe that isn’t your inspiration or that isn’t what gets you out of bed every day. So I would always encourage everyone in wrestling, in life, whatever, if your work isn’t fulfilling, if it doesn’t make you happy, you really should look for opportunities elsewhere in a place where you can feel creatively free, and in a place where you feel that your work is being appreciated and fulfilled.

I’m guessing that knowing Cody as well as I know him, I don’t really think it was an issue of money. I don’t think it was Tony not shelling out enough cash to keep him invested with the company. Cody really believed in the original vision that he brought to the table for AEW. I think the original vision that the team brought to the table when AEW was first becoming a promotion, we didn’t know where this would go. We had been optimistic about it. We had thought we would be where we are today where we would be considered a major promotion, we would have our fan base, and we would have hopefully a lot of satisfied customers watching our product.

But I guess we never really sat down and talked to each other about okay, we have this opportunity to now change wrestling. How do you see it? How do we make this work? Maybe in the end, you know, we had The Bucks and their vision, we had my vision, and then we had Cody’s vision, and all of our visions were different from one another. I would say mine was more similar to what The Bucks had envisioned and Cody’s was out there. It was much different.

That’s sort of where The Bucks and I differed where we never wanted to go to war with Vince or WWE. We just wanted to give people an option and just get us a platform for our brand of storytelling and our style of wrestling. I think when Cody had his way of going about things, I wasn’t sure how to follow up with that, nor was I interested. So there was sort of like, there’s Kenny doing his thing. There’s The Bucks doing their thing. There’s the Codyverse over there doing whatever it is that he does. Then there’s the stuff that Tony does, and then eventually, as you know, and I guess probably a lot of fans know now, it’s essentially Tony’s show. Of course, he’s always going to listen to our advice and he’s going to take our suggestions to heart, but AEW is very much Tony’s baby, and we’re there to support it in any way that we can.” (H/T WrestlingNews.Co)

As of this point Cody Rhodes has not publicly explained why he made the decision to leave All Elite Wrestling, but multiple reports have been circulating over the past few days, nearly all with different explanations.

As always, when we know more about this here at Wrestling Republic, so will you! Make sure to follow us on Twitter @WraslinRepublic and turn on notifications so you can get news stories as they break.