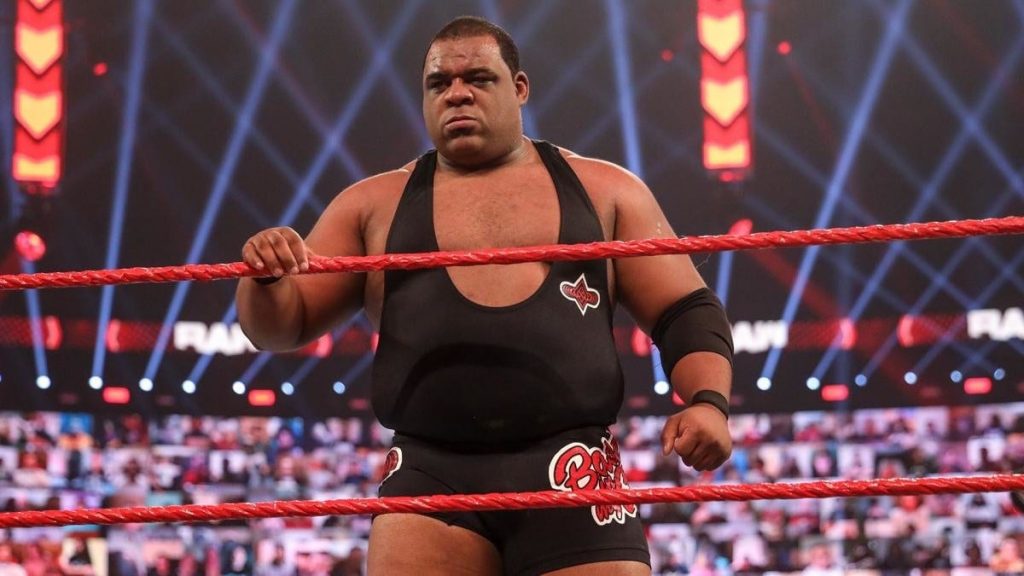 Keith Lee hasn’t been seen on WWE Television since February, with no reason given for his absence, leaving fans to speculate why he has been away from the promotion.

Popular theories have suggested that perhaps Lee is injured, or even that Lee fell out with WWE owner Vince McMahon resulting in him being taken off television. It became clear pretty quickly that the latter of which was not true, as Lee was not among names released by WWE in their two sets of releases since February, and if there was an issue between him and the boss, he certainly would have been among those names.

Mia Yim was a guest on D-Von Dudley’s Table Talk Podcast a few weeks ago, where she was asked about the status of Keith Lee, to which she replied “He’s doing good, he’s doing good. I’m not gonna comment much about it until he says some stuff. But, he’s doing good.“

These words from Yim left more questions than answers about why Lee has been away from the promotion, however did ensure fans that the ‘limitless one’ is doing well, which is something we were all extremely glad to hear.

Yesterday marked three years since Keith Lee signed with WWE, and earlier today he took to popular social media website, Instagram, and revealed that he has ‘so much yet to go’ in WWE.

Lee posted “Yesterday made three years since I joined WWE. So much has happened since. And so much more yet to go…..

No return date for Lee has been announced at this time, meaning it is still uncertain how much longer he will be away from the promotion. However with WWE making their return to Live crowds this weekend, with so many surprises in store, it is entirely possible that Lee could be making his return this Sunday at Money In The Bank, or on Raw this Monday night.