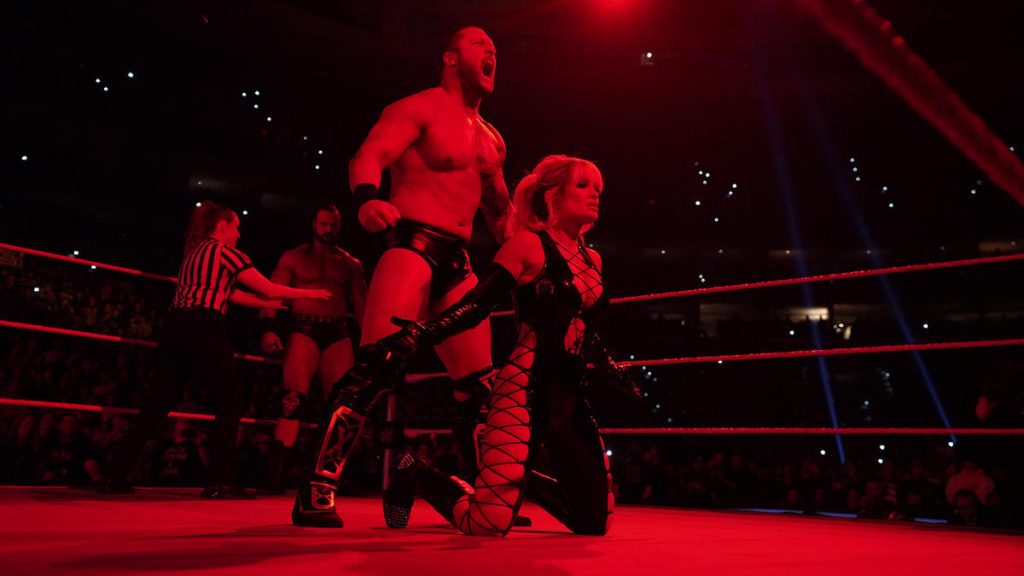 With the ‘White Rabbit’ teases leading to Bray Wyatt’s return to WWE Karrion Kross reveals he still would be a part of his rumored faction.

The ‘White Rabbit’ teases had the wrestling world buzzing for months. As the WWE Company did not post anything. Fans shared the teasers on all social media platforms.

Pretty early on professional wrestling fans believed they had it narrowed down to the only two possible it could be.

Karrion Kross and Bray Wyatt considered to be part of ‘White Rabbit’ teases. These teases started to become more and more frequent and known to the WWE Universe the closer October came.

The teases lead to Bray Wyatt returning to WWE at Extreme Rules in Philadelphia on October 8th.

In Kross’s interview on GiveMeSports, he revealed how he thought Wyatt’s return was very cool and exciting.

Kross said “The first time they played that song I had a couple people on “SmackDown” kind of turn over and look at me,some people who knew me a long time, they knew that used to be my theme music in “Lucha Underground.” And you have white rabbits and all that stuff with the hourglass, and they thought, ‘is that you or is that Bray Wyatt?”

When Kross was asked if he would be in the rumored Wyatt 6 faction he answered saying “If the fans really want that, it’s something I’d completely consider”.  Fans have been voicing their opinions for Kross to join the rumored faction.

So like Kross said “We’ll have to see how things play out”.

H/T WrestlingInc for the transcription