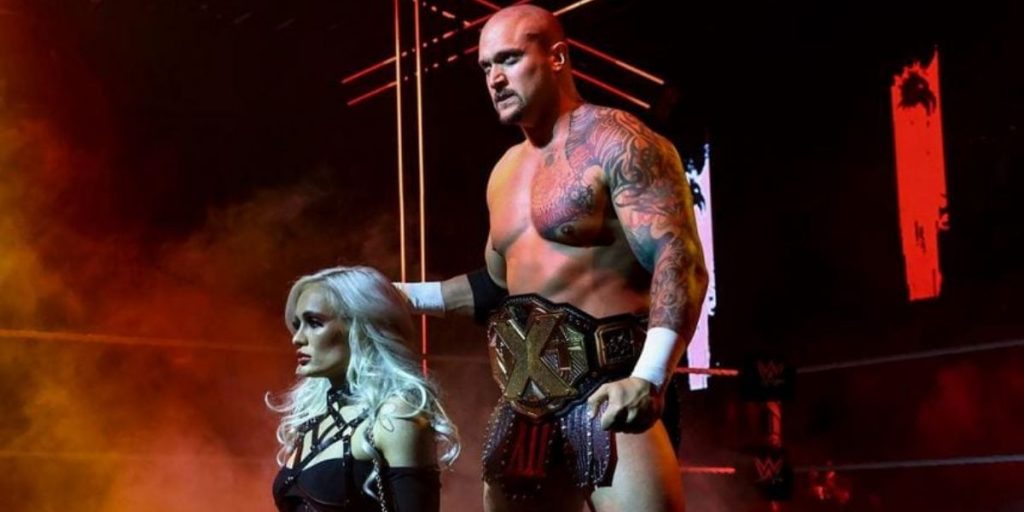 Roman Reigns continues to reign supreme as Undisputed WWE Universal Champion but former NXT Heavyweight Champion Karrion Kross wants to be the one to end the Tribal Chiefs run as Champion.

Reigns continued his incredible reign as Undisputed Champion by defeating Logan Paul at Crown Jewel this weekend with a little help from The Bloodline. The Tribal Chief is heading for 800 consecutive days as Champion but in a recent interview with The Sun Kross has stated he has eyes firmly set on Reigns.

Kross (alongside Scarlett Bordeaux) returned to the WWE in August earlier this year and the former 2x NXT Champion has had a much better run on the main roster than his much maligned first run which was a failure ultimately leading to Kross and Scarlett being released. Speaking to The Sun, Kross spoke about his title aspirations:

“I think the very first person that pins Roman Reigns is going to have a career-changing situation occurring for themselves. Not only will they become champion, but they are finally beating someone who has been undefeated for over two years. I plan on that being me, which is why I need to stay in Drew McIntyre’s head so he doesn’t figure it out before I did.”

Kross has been feuding with Drew McIntyre since his return to the WWE but was unsuccessful in picking up the victory against him at Crown Jewel. Kross was narrowly defeated by McIntyre in a hard-hitting bout as they fought inside a steel cage. Whether this marks the end of the feud between the two is unconfirmed, but it is now well known that Roman Reign’s is now a target of Karrion’s, potentially sooner rather than later.