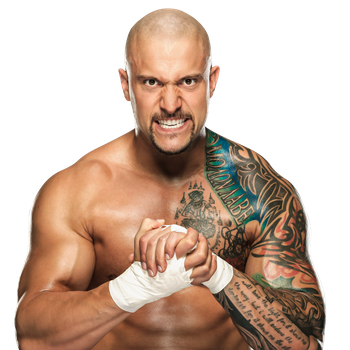 WWE NXT Champion Karrion Kross has finally made it to the main roster. It may have been a match that Kross may wish never happened.

Kross made his main roster debut on RAW in a shocking loss against Jeff Hardy.

Kross dominated the majority of the match but Hardy was able to get the pinfall by putting his feet on the ropes.

This marks Kross’ first loss in WWE since he debut on NXT in May of 2020.

The fans did Kross no favor with a lackluster response to Kross’ entrance and in-ring interview where he threatened Hardy and the rest of the RAW roster.

This match also marked the return of Hardy’s popular theme, “No More Words.”

Also to note, Kross did not have manager and real-life girlfriend, Scarlett, with him for his debut.

Kross will be on tomorrow’s NXT after defending the NXT Championship against Johnny Gargano and choking out special guest referee, Samoa Joe.