Karl Anderson to defend his NEVER Openweight Championship at 12/14 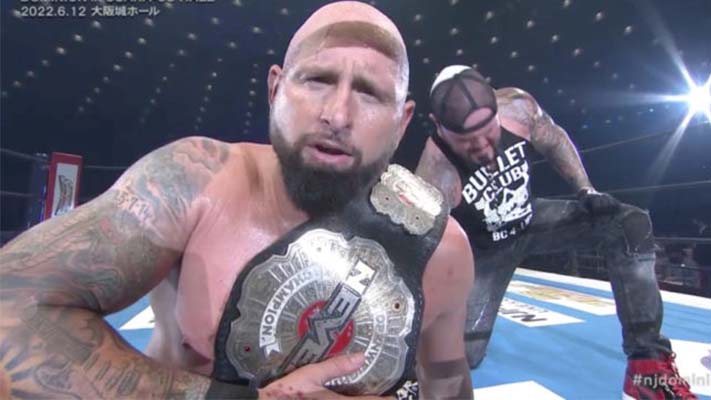 Karl Anderson and Luke Gallows from the WWE will return to NJPW the following month.

The OC revealed that Anderson and Gallows would be in Japan for the World Tag League/Super Junior Tag League finals on December 14 at Sendai Sunplaza Hall in a video posted to Anderson’s  Instagram account on Tuesday. Anderson would be defending his NEVER Openweight Championship, it was also announced. The opponent has not yet been announced.

Karl Anderson The NEVER Openweight championship match between Anderson and Hikuleo was slated to take place at NJPW’s Battle Autumn show in Osaka on November 5, however that date conflicted with WWE’s Crown Jewel pay-per-view.

If Anderson didn’t appear at Battle Autumn, NJPW threatened to revoke his NEVER Openweight title, but Hikuleo declared that he preferred to defeat Anderson to retain the title.
Since defeating Tama Tonga for the NEVER Openweight Championship at NJPW Dominion in June, Anderson has held the belt. When Gallows and Anderson rejoined the WWE in October, they helped AJ Styles and the O.C. tie the score against Judgment Day on Raw.

The World Tag League finals are held at Sendai Sunplaza Hall, on December 14 in Sendai, Japan.