Kamille Reveals She Wants To Face Tasha Steelz In A Champion vs. Champion Match 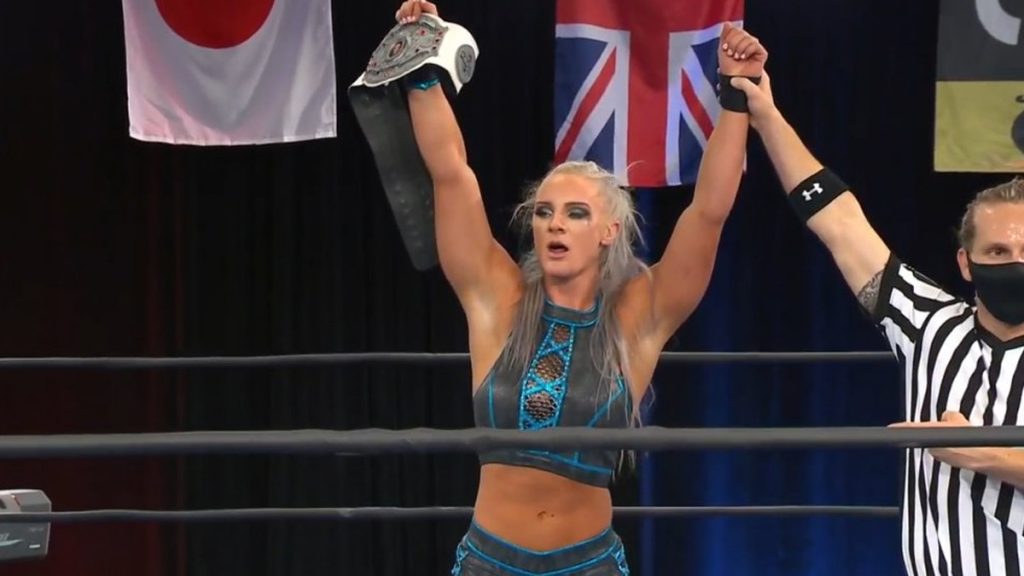 Kamille is interested in a Champion vs. Champion match.

With the NWA Alwayz Ready pay-per-view ahead, Kamille reflects on her reign and the forbidden door.

The NWA Women’s World Champion Kamille spoke with WrestleZone about the last NWA PPV and her championship.

Related to the forbidden door, Kamille has been there before.

Kamille defended her title against All Elite Wrestling’s Leyla Hirsch at NWA Empowerrr last year, also appearing on AEW TV in the lead-up to the event.

During the podcast, she expressed why she likes the concept in small doses but she’d be open to a cross-promotional match down the line.

“So my thing with the forbidden door is I think it’s super cool when it’s used rarely. My thing with it was if you can see those matches happen every pay-per-view, then who cares? But if it’s something where it’s like a once-a-year type of deal, I think then it becomes something that’s really special and people will really look forward to. I’m not against it,” Kamille noted.

“I just think it needs to be used sparingly. And yeah, I would love to revisit that eventually, whether it be Thunder Rosa, Serena Deeb, I would love to face Jade Cargill over there. I think that’s a match that a lot of people are interested in seeing. So one day we’ll see what happens.”

In terms of Tasha Steelz, the Knockouts Champion had an appearance on the Battleground podcast.

Steelz said she would be open to squaring off with Kamille after Slammiversary.

After this, Kamille noted that she knows Tasha from her run with the NWA prior to the pandemic, but she’s open to seeing what happens in a winner takes all match.