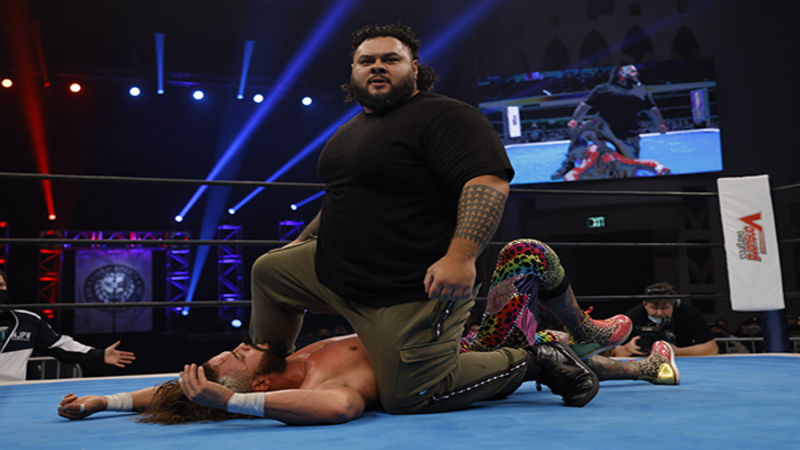 Jonah was supposed to move up to the main roster from NXT, which is why his North American title reign was so short.

NJPW’s Jonah (FKA Bronson Reed) was once destined for greatness in WWE, but that ended when he was released. Before being cut, many thought he would be headed to the main roster after losing the NXT North American Championship.

He only held the title for 42 days before dropping it and was working dark matches for the main roster. Sadly, he would find himself as part of the massive string of releases WWE conducted that year.

Many had speculated that a main roster call-up was why his reign was so short. While speaking on NBC Boston’s “Ten Count” podcast, Jonah finally confirmed this in an interview with Steve fall.

“I was told that, ‘Hey, you’re being put forward to move up to Raw or SmackDown. I started doing some dark matches and it seemed like that was the way they were going,” Jonah said. “So, as a fail-safe for them, they took the North American Championship off of me, thinking that’s where I was heading, but didn’t work out that way.”

Jonah wasn’t the only one at the time that wanted him on the main roster as Triple H had recommended him. He saw Jonah as being ready for the main stage, but unfortunately, Vince McMahon thought otherwise.

“I was put forward by Triple H himself saying, ‘This is a guy that’s ready for ‘Raw’ or ‘SmackDown’,” Jonah said. “That’s what I was told was going to happen, and as we’ve seen since then, a lot of people do dark matches or have ‘Main Event’ tapings to do and stuff like that and then eventually move to the main roster.” (H/T WrestlingInc.com)

Could Jonah Return to WWE?

As things stand, Jonah is currently signed with New Japan Pro Wrestling and is doing pretty well for himself. He recently had an outstanding match with Kazuchika Okada in the G1, but he would not win the tournament.

WWE has attempted to get back many of the wrestlers that Vince let go over the past couple of years. Some, such as Karrion Kross, Dakota Kai, and Hit Row have returned and are used better than before.

With that, it’s not out of the realm of possibilities that Jonah may be seen in a WWE ring again.