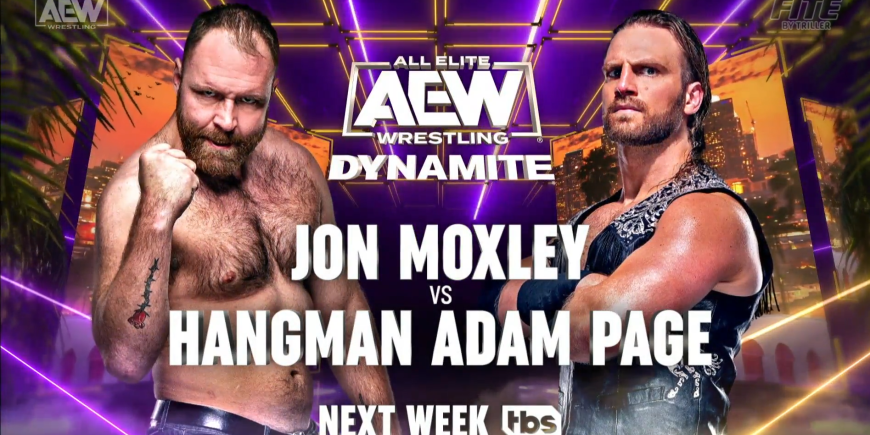 Hangman Page receives a clean bill of health by next Wednesday, and Jon Moxley will rematch him. Following Page’s revelation that he is still recovering from the concussion he sustained in his first match with Moxley in October, the two former AEW World Champions met on Wednesday.

Bryan Danielson will compete against Konosuke Takeshita in a match that is also eagerly awaited. Danielson must remain unbeaten through February 8 to be eligible for the AEW World title bout with MJF at March’s Revolution, per the terms he agreed to on Wednesday. If he does, the Revolution match will be an Iron Man match lasting 60 minutes.

Saraya announced that Toni Storm would be her tag team partner for next Wednesday’s match against Britt Baker and AEW Women’s Champion Jamie Hayter. Shida was displeased with the news when she broke the news while sitting next to Storm.

Jungle Boy & Hook will compete for the first time against Big Bill & Lee Moriarty in a long-brewing grudge battle.

The ladder match between Death Triangle and The Elite in the best-of-seven series for the AEW Trios titles joins the previously confirmed series finale.