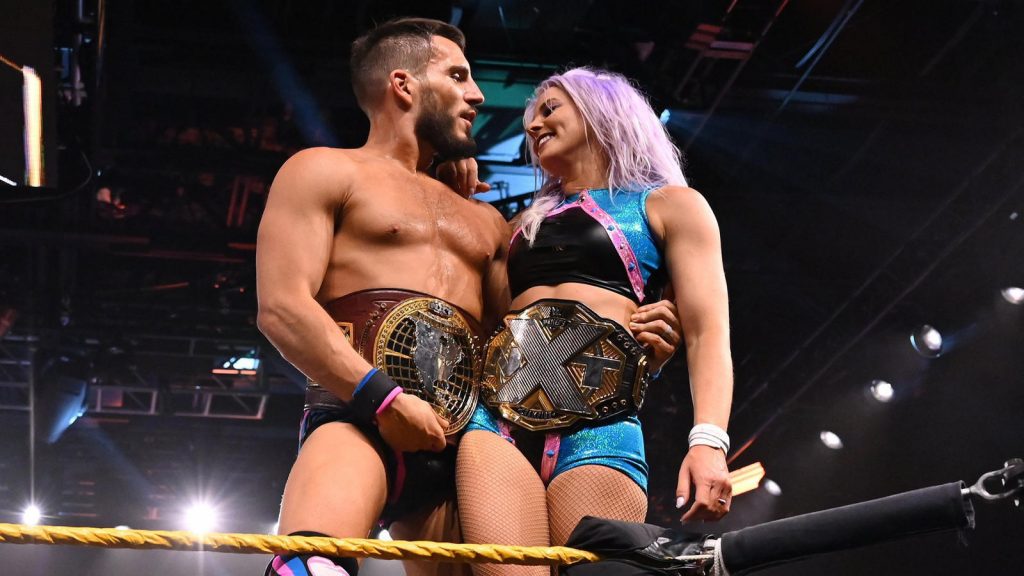 Johnny Gargano hints at returning alongside Candice LeRae to the WWE at any time.

Johnny Gargano left NXT in December of last year,2021. It’s said he was considered the heart of NXT Black and Gold, alongside Adam Cole, Tommaso Ciampa, and many more.

Candice LeRae’s contract expired in May of this year,2022. Both Johnny and Candice let their contracts expire due to not wanting to renew them.

Johnny has many record accomplishments under his belt from his years at NXT. He was the first North American Champion and held the title 3 separate times.

Johnny was also the first ever NXT Triple Crown winner. He held the NXT Tag Team Championship alongside Tommaso Ciampa as DIY.

Candice and Johnny have not wrestled on screen since they left. There has been no major social media buzz that they have returned at any smaller wrestling territory.

Fans began speculating if they will return back to the WWE or go to AEW. Even Johnny was unsure what of where they would end up.

In a recent interview with Asylum Virtual signing Johnny stated “I’ve seen. I’ve noticed. It’s exciting times all around. You never know what could happen. Keep watching, we’re [Candice & I] going to show up at some point, wherever that may be.I promise. We will. We’ll be making some magic at some point in the future, I promise.”

Johnny and Candice are ready to come back it’s a matter of when and where.