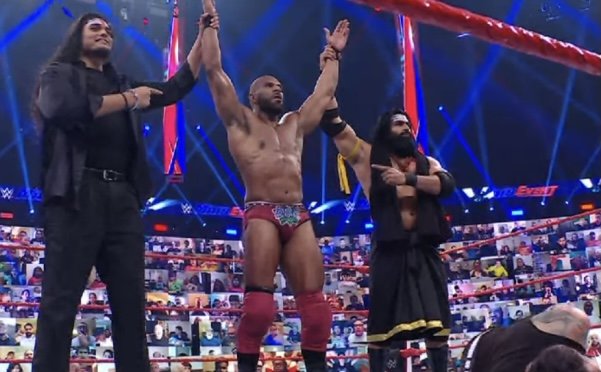 On this week’s Main Event Tapings, we got the Long-Awaited Return of a Star that hadn’t Wrestled since May 22nd of Last Year.

Mahal had returned to WWE Raw in 2020 after a year off of TV due to injury, but this was only his second match since then.

Jeff Hardy was also wrestling his first match back since March 22nd. He had been taking time off due to the passing of his father.

Also included on last night’s Main Event Tapings, Ricochet defeated Mustafa Ali in what was their 6 Match within the last 8 Months.