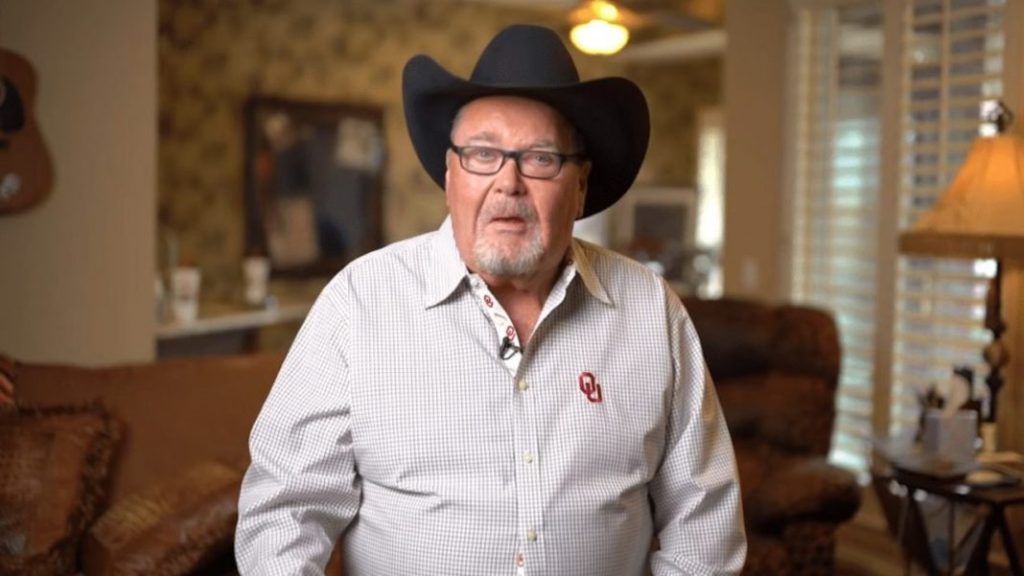 On the JMart and Ramon Podcast, Jim Ross told hosts, Jason Martin and Ramon Foster, about his status in AEW. He spoke about his love for AEW and how he would like to end his career.

“My contract’s up soon and I’m not looking to go anywhere. But nonetheless, I’m 70, I’ve got to be realistic at some point my crazy ass life cause I haven’t been. If my late wife were here she’d say amen to that because he’s a character. I’m loving what I’m doing, still fun for me guys. As long as you keep that element in your place of work, you’re alright, you’re doing good.”

“I can damn sure call a wrestling match because that’s what I love to do. At my age, I’m a widower, my life is occupied by only a small handful of things. One of them is broadcasting a pro wrestling match, as crazy as that sounds. It’s a great little company to be with, we’re growing exponentially, Tony Khan is a genius.”

Near the end of 2021, JR was away from AEW TV for weeks dealing with skin cancer on his ankle. He was able to return on the Holiday Bash edition of AEW Dynamite on December 29, 2021. Since then, he has gone back to his regular schedule commentating matches while managing his condition.

“Every Wednesday night I get to relive my childhood. I appreciate it a lot more than I did in December, believe it or not.”

Jim Ross also talked about meeting and working alongside Excalibur:

“I don’t get it, I really don’t. When we were doing our first walkthrough I said ‘You work with a mask on?’ Somebody told me it was kind of a big deal, so okay I respect his gimmick but I don’t understand why he’s doing it. He’s very very bright, always the smartest guy in the room, and does a great job there but yeah, the mask, I don’t get it. But yanno, I don’t get getting up after two or three Tope El Suicida [dives]. There’s a difference in philosophy.”