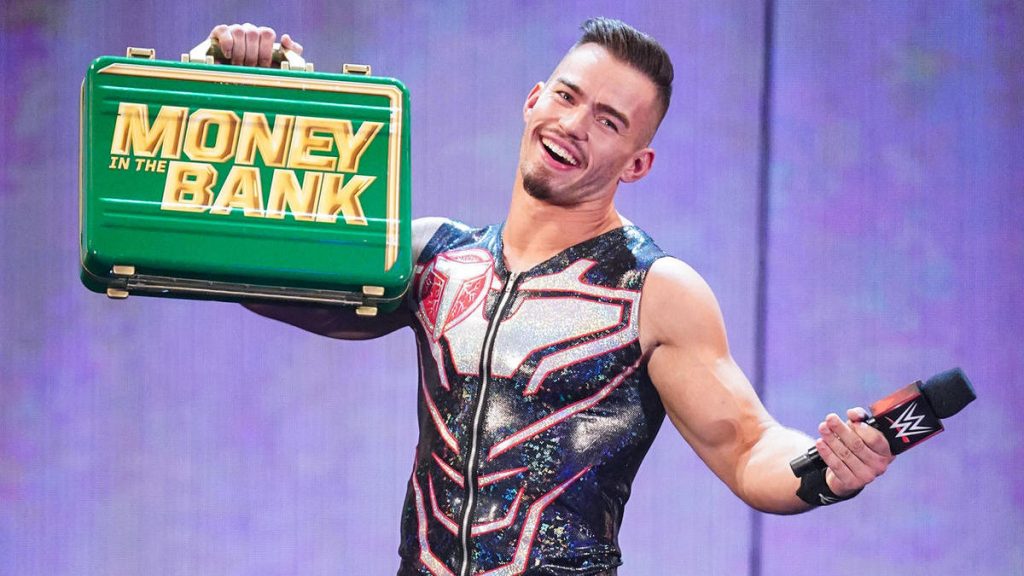 Jim Cornette assures that Theory angered a higher-up in WWE.

As one of the biggest younger stars in the main roster at the moment, Theory has fought for his position.

Since his great days at NXT besides Jhonny Gargano as The Way, until they called up him to the main roster.

Positioning himself as Vince McMahon’s protégée, and becoming Mr. Money In The Bank.

Although he has not had a successful cashing so far, Austin has established himself as an annoying heel creating a great character and promise in the industry.

And now, according to Jim Cornette Theory angered a higher-up in WWE.

While speaking on his podcast, Jim Cornette Experience, Cornette stated that he believes Austin Theory might have angered a higher-up in WWE.

“The one undisputed thing that poor billionaire Vince was doing when he lost his mind was trying to push Austin Theory and make him one of the next top guys. He was the handpicked protege of the Chairman, he was in all the promos. Even if some of the creative was caca, they were trying. Apparently, Austin Theory has pi*sed somebody off. I don’t know what the issue is. Especially Triple H being more inclined to push guys that can work and look like stars, more serious and less of the goofy stuff that Vince was into. Theory can’t beat a fu*king rug no more.” Jim expressed.

“Something’s going on. Either just because there’s backlash because he was Vince’s guy or he pi*sed somebody off. Nobody that has any knowledge of pro wrestling can overlook that this guy’s work is tremendous for his age and his personality and promos for his level of experience of being that young. Something else is going.” (Via Jim Cornette Experience Podcast)

There is no confirmation of the situation besides Cornette’s words.