Jay Lethal is ALL ELITE 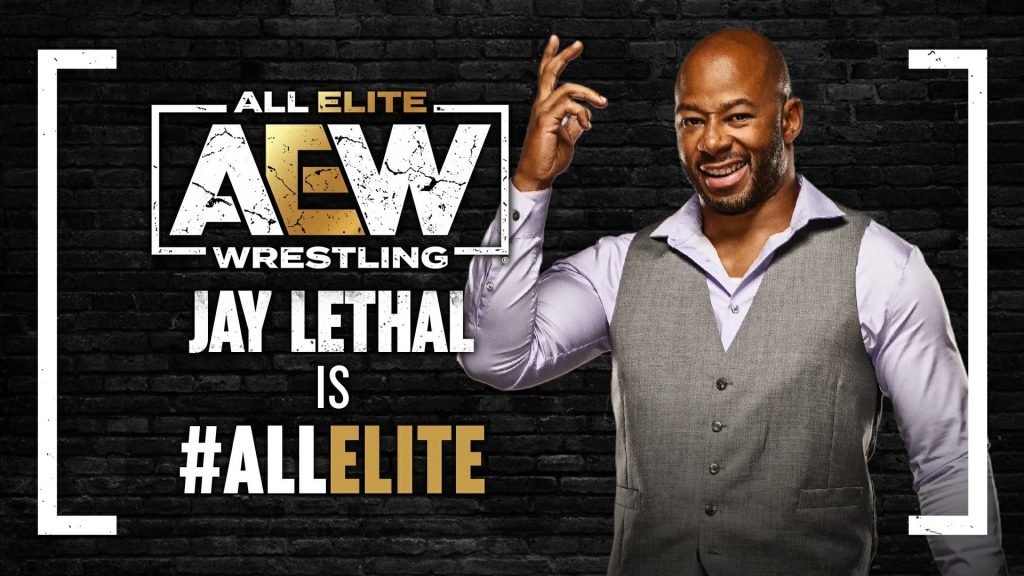 Former Ring of Honor and IMPACT Wrestling Jay Lethal is now ALL ELITE with AEW and is set for a title match for the TNT Championship.

During AEW Full Gear, Lethal made his AEW debut and announced he had signed with the company after his departure from Ring Of Honor after the company announced it’s shutdown set for next year.

While being interview by Tony Schiavone, Lethal states he was interested in Sammy Guevarra’s open challenge for the TNT Title on the upcoming episode of AEW Dynamite. Guevarra would appear on stage to engage in a stare down with Lethal and would finally say “Your on” before leaving the stage.

Lethal began his in-ring career in 2001, then he would become a part of Ring Of Honor in 2003. Lethal would then make appearances for TNA/IMPACT Wrestling in 2005, remaining with the company until 2011 when he would make his return to ROH. After returning to ROH, Lethal won the ROH World Championship before making appearances within New Japan Pro Wrestling.

Will Lethal be able to win in his debut match in AEW and leave as TNT Champion?