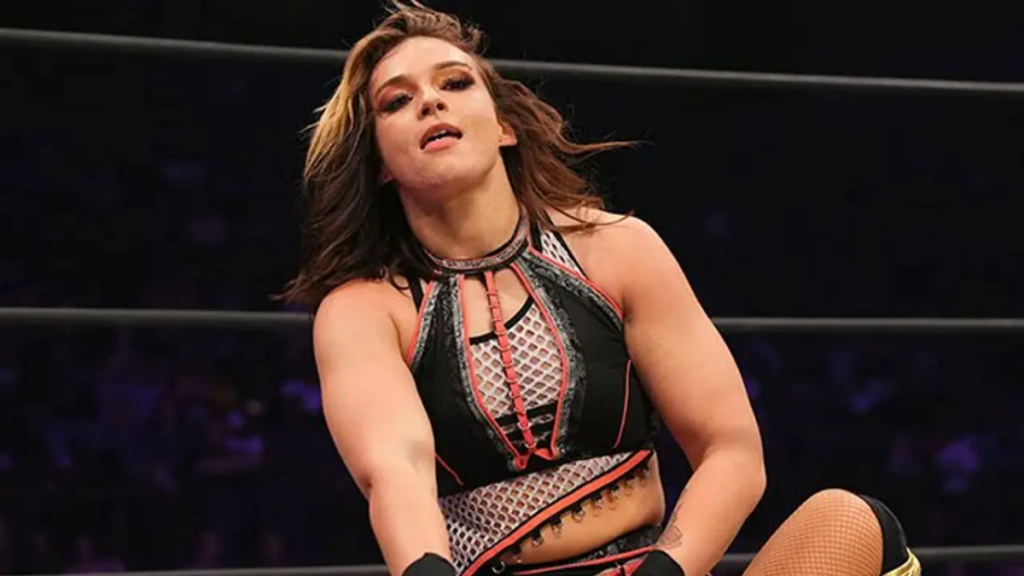 All Elite Wrestling have celebrated on last night the third edition of their Battle Of The Belts special, which took place from the Bojangles Coliseum in Charlotte, North Carolina and featured some interesting matches.

However, it was noted that one of the women’s division’s top stars could have suffered from an injury during her match.

We’re speaking about Jamie Hayter, one of the best British female wrestlers in the world and one of Britt Baker’s most important allies.

A recent report from Fightful Select– subscription required-has confirmed that Hayter suffered from a broken nose during her match with AEW Women’s World Champion Thunder Rosa, which they believe happened after her face landed hard on the champion’s knee when receiving a brainbuster.

The main reason to believe this is because, after receiving the move, Hayter was seemingly clutching her nose and the camera got a close angle that showed her nose being shifted to one side. However, she managed to go through the pain and finish the match, which ended with Rosa retaining her title with a roll-up pin.

Even though the event was taped before this past Friday’s live episode of Rampage, both AEW and Hayter have not made any official comments on the situation.

So now, Jamie Hayter may be the latest addition AEW’s long list of injured talents, which features some of the company’s top stars.

Stay tuned to Wrestling Republic, since we’ll keep you updated on this and everything that happens in the world of pro wrestling.