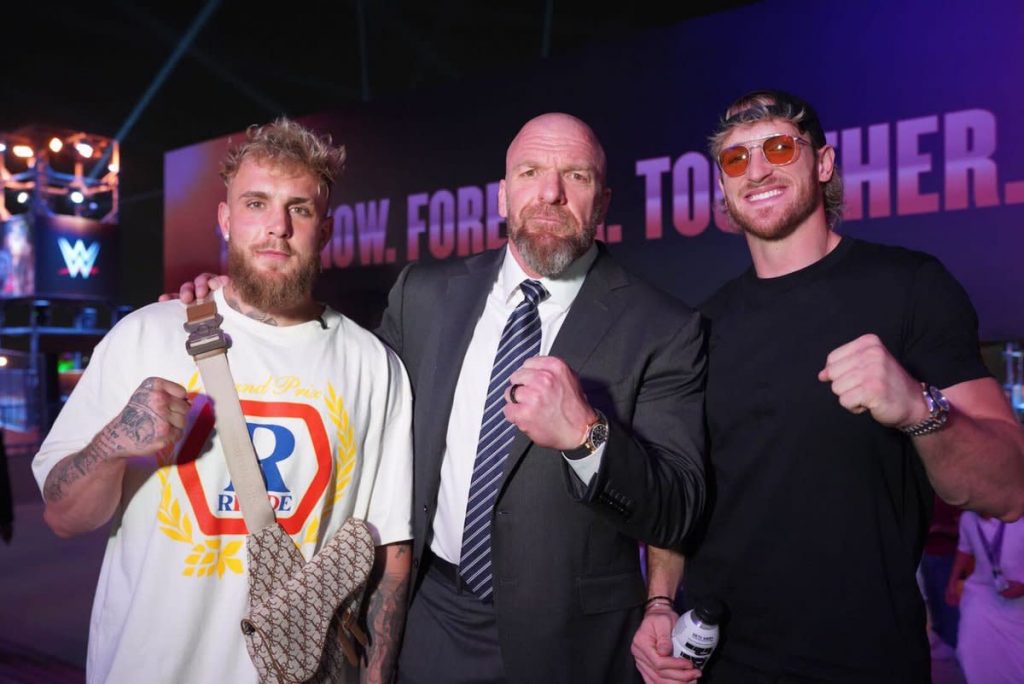 Jake Paul has opened up on his experiences at Crown Jewel, claiming he aims to win the WWE Championship with his brother in the near future.

Jake Paul made his first appearance at a WWE show during last night’s Crown Jewel Premium Live Event, remaining on his brother’s corner during his match with the reigning Undisputed WWE Universal Champion Roman Reigns.

During the match, Jake jumped into action to save his brother from a beatdown at the hands of ‘The Tribal Chief’ and the rest of The Bloodline. After fending off both of The Usos, Jake Paul proceeded to have a very interesting confrontation with Solo Sikoa.

However, during a recent talk with Radio Rahim of SecondsOut shortly after Crown Jewel, Jake Paul reflected on his brother’s showdown with Roman Reigns and also took the opportunity to reveal he is open to do more appearances and other kind of stuff with the WWE in the near future.

When addressing on this, he said: “For sure. Why not? You know, that was so much fun, and I know we could take it a long way. Yeah, I loved it. I loved everything about it. Then everyone here, everyone in WWE was super nice, super helpful. So it just seems like an amazing company to be a part of.

I just wish I was out there sooner to help Logan but I mean Roman Reigns is dope. He’s cool. He’s a great fighter. At the end of the day, if we do this for a little bit longer, the Paul Brothers will be WWE Champions.” (H/T Fightful.com)

Is Jake Paul Heading To The WWE In The Near Future?

As of right now there is nothing official about a potential Jake Paul in-ring debut. Another important factor is his boxing career, since he is currently undefeated and has many notorious wins over some important UFC legends.

However, if we take the previously mentioned comments as a reference, there is no doubt that we could expect many interesting things if the Paul brothers decide to spend more time with the company.

For more detailed information about last night’s Crown Jewel PLE, you can click here to watch our full review of the show. Additionally, stay tuned to Wrestling Republic to be updated with everything that happens in the pro wrestling world.