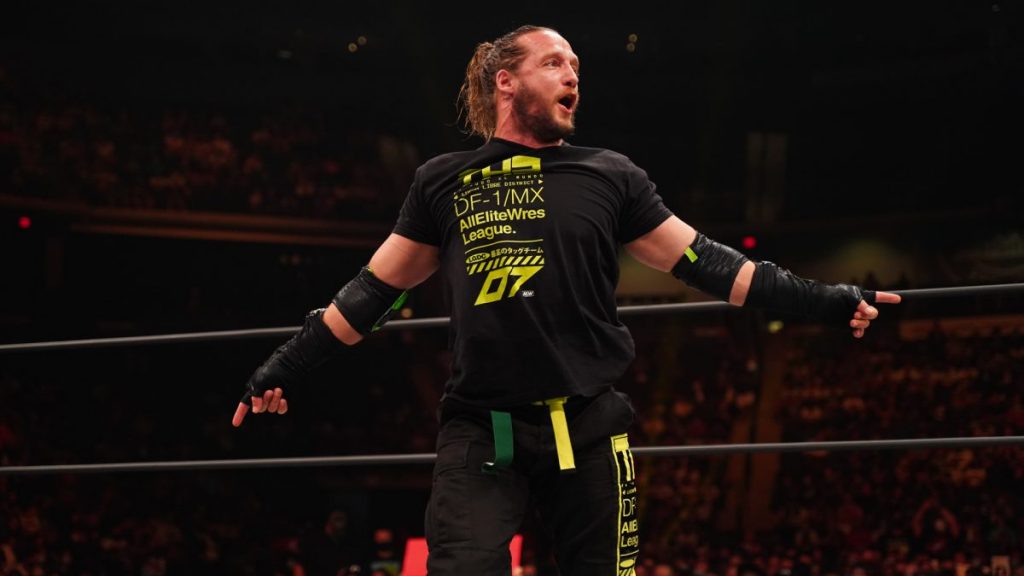 Jack Evans speaks on how approachable Tony Khan is and his idea to implement storylines on AEW Dark for practice.

In AEW, Jack Evans worked as part of the team The Hybrid 2 (TH2) for two years before leaving the company. While signed, he and his partner Angelico aligned with Matt Hardy and The Hardy Family Office as a heel faction.

He would ultimately choose to discontinue his work with AEW this year and left the promotion on good terms. Many wrestlers are keen to mark the differences between Tony Khan and Vince McMahon in terms of leadership.

The two have been opposites to each other since AEW started, with Khan being the more open and accessible boss. While speaking on the Two Man Power Trip podcast, Evans gave his thoughts on working with Khan.

Like many stars in AEW, Evans found Tony to be engaging with a deep love for the business. The only thing he didn’t like about him was his tendency to make last-minute changes.

“I really liked it. It was a great experience. Tony was a great boss. The only complaint I could ever make about Tony for sure is, he is like the king of last-minute mind changes. That would be my one complaint about him as a boss,” said Evans. “But other than that, he was always actually very fair. You always hear the stories about Vince that he has to be the alpha in the room. Tony wasn’t like that. You could go up and talk to him. Obviously, you know he’s the boss, but I mean, he was never like that. When it comes to AEW, it was all pleasant experiences.”

Evans also gave his thoughts on AEW Dark and expressed that it should be used as practice for television.

“Anything you can do to get someone’s character out there, I really think you should. The developmental talent, if you bring them up, and they’re going to be thrown on national television and have to cut these angles and promos, it’s a learning experience. It’s not something most people can just instantly do, just go in front of 1,000 people and cut a promo like that. I always think that if you have angles on Dark, then people that you see yourself investing in in the future, you give them practice right then and there so they don’t have to have baptism by fire right on the main show. I always think you should have angles on Dark, not only just to make Dark a better show, but literally, practice, because doing an angle, there’s a whole bunch that goes into it.”

Finally, on Khan’s approachability, like many other AEW stars, Evans had nothing but praise.

“He hangs out after the show all the time. He’s extremely approachable. If you wanted to pitch an angle, you could just go right up and pitch it. You don’t have to have a meeting on Tuesday or something like that. He really likes talking about wrestling. I think I’d say the only thing he likes more than wrestling is the Fulham team. I do think Fulham is his true passion, even over AEW to be honest, but he definitely has a real true love for wrestling.” (H/T WrestlingNews.com)

While Khan may be universally liked by those around him, he has had performers that have not taken to him. Big Swole, who had a memorable feud with Britt Baker in mid-2020, left AEW in November the following year.

She would later attack AEW for its lack of diversity and structure. More recently, Johnathan Gresham was said to have cursed out Khan and demanded his release after dropping the ROH title.

To hear the full Two Man Power Trip episode, for which Evans also discussed AAA, Konnan, and ROH, click the link below.